Reunification of a hundred migrant families separated under Trump 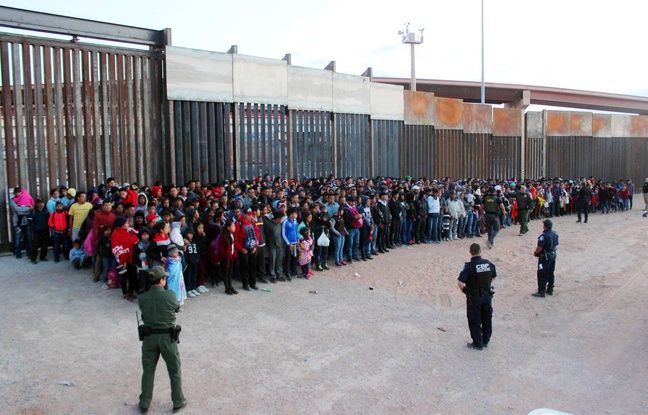 According to the US Minister of Homeland Security, Alejandro Mayorkas, a hundred families have been reunited in a few weeks and the work continues. “We hope to reunite families either here or in their country of origin, and we hope to be able to give them the choice”, he explained, a few hours before a virtual meeting between Joe Biden and his Mexican counterpart Andres Manuel Lopez Obrador, focused on migration issues. If these families want to meet in the United States, “we will explore legal avenues so that they can stay” in the country, he stressed.

Most of the affected families arrived from Central America via Mexico. The number of children separated from their parents as part of the “zero tolerance” policy put in place by Donald Trump in 2018 is difficult to assess, but could reach several thousand.

The Trump administration has been reluctant to provide information on affected parents and minors, so associations have had to take legal action to obtain information.

According to a court document from January, 611 child victims of this policy have still not been identified. In 392 cases, their parents were deported to their country of origin, the others are a priori undocumented in the United States. The powerful civil rights organization ACLU praised the commitment of the Biden government, while believing that the United States owed “reparations” to these families victims of the “torture” of separation. “This includes a path to citizenship, care and resources to help them,” the ACLU said in a statement. Denouncing “the cruelty” of the previous presidency, Alejandro Mayorkas warned: “The previous government dismantled our entire immigration system (…), it will take time to rebuild it”.

Controversial center reopened due to Covid-19

The United States and Mexico are “safer when we work together”, for his part underlined Mr. Biden at the beginning of his meeting, by interposed screens, with his Mexican counterpart.

Thousands of minors have arrived at the US border in recent weeks. Many of them are held in centers pending a possible reunification with relatives in the United States, but voices are rising to denounce practices that evoke that of the Trump presidency.

“This is not acceptable, it never has been and it never will be, regardless of the president or the party”, tweeted Democrat elected Alexandria Ocasio-Cortez in reaction to an article on the reopening centers for these children in Texas. Asked about these practices, the White House notably highlighted a particular situation linked to the pandemic.

“We had to reopen a place that had been closed because of the Covid-19. The kids can’t be in beds next to each other, we need space, ”said Jen Psaki, spokesperson for Joe Biden. The United States and Mexico share a border 3,200 kilometers long.