Rise of the web, Donald Trump’s blog closes after less than a month 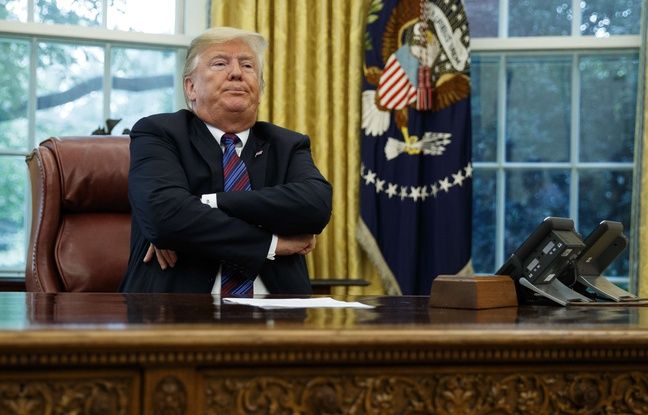 We call it a resounding failure. The section that gathered online press releases from Donald Trump, banned from social networks, was closed in anticipation of a possible transition to another platform, his advisor Jason Miller suggested on Wednesday. According to Washington Post, the “blog” pays its catastrophic audiences, which angered the former television producer.

Launched in May, the “blog” of the former Republican president was in fact only a tab on his site, entitled “From the office of Donald J. Trump”, where his press releases were gathered. This had earned him mockery from observers who had expected, behind this announced launch, a real new online platform. Its press releases now appear under the “News” section of its site, while the tab of the old blog directs Internet users to an online form to “receive alerts from Donald J. Trump”.

According to an analysis by BuzzSumo, the presidential posts published in recent days generated only 4,000 daily interactions (shares on Facebook, Twitter, Reddit and Pinterest, in particular). This is 100,000 times less than the number of retweets of his message announcing that he was positive for Covid-19 last October. Since his eviction from Twitter, the number of mentions of Donald Trump has been divided by 10 on the network. Ditto for Google searches.

On Twitter, his advisor Jason Miller confirmed the closure of the site. “Maybe this is a prelude to his joining another social media platform? A former Republican Party official tweeted. “Yes, actually that’s it. To be continued ! Jason Miller replied, without giving more information. The latter had declared at the end of March that Donald Trump would come back online within three months with “his own platform”.

The Republican billionaire was ousted from Twitter and Facebook while still president, accused of encouraging the invasion of the Capitol by a crowd of his supporters during the certification ceremony of the victory of his rival Joe Biden on the 6 January.

A ban criticized by the conservatives who believe that social networks attack freedom of expression. The tempestuous Republican continues to send his press releases regularly to a list of subscribers, in which he affirms, with the language and the capitals which characterize him, that he did not lose the presidential election of November. But their echo is much less than when he spoke on social networks: he had nearly 89 million subscribers on Twitter, 35 million on Facebook and 24 million on Instagram before being banned.