Robots have been converted … into Zen gardeners 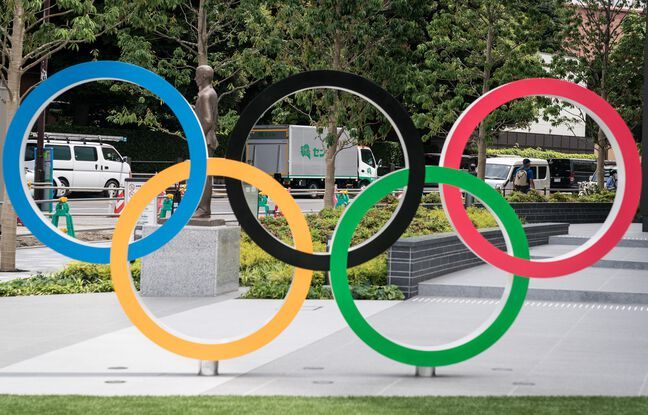 Former robots from the automotive industry taking care of a Zen garden in a Tokyo park: this is the unusual installation offered by a British artist throughout the period of the Olympic and Paralympic Games in the Japanese capital. Tirelessly painting the gravel of a Zen garden, four imposing robotic arms about 2 meters high develop shapes from the movements of sportsmen captured on video during the previous Olympic Games.

“It is therefore a kind of mirror, a kind of reflection on what is happening at the Olympics”, explains to theAFP Jason Bruges, the British artist behind this work as part of a cultural festival in Tokyo organized on the occasion of the Olympic Games. The artist draws a parallel between robots and athletes, who repeat for years the same movements to achieve perfection in a very specific field. “Whether you are a runner, a skateboarder or a cyclist, you are going to condition your body for something unique,” ​​he says.

Jason Bruges and the other members of his “studio” at the crossroads of art and new technologies have designed tailor-made software to analyze and process video sequences of athletes during previous Olympics. Their body movements have been processed into data and then converted into instructions for the robots, which draw some 150 different lines and shapes.

“These robots are out there, but they’re not making anything special, they’re just stirring up sand. It attracts attention […]. It is probably because they are doing something human that these robots intrigue me, that I find them graceful ”, responded to theAFP a visitor in front of the installation, Masato Ito, 25 years old. Jason Bruges, who says he wants to inspire people to see technology from a different perspective, hopes his installation will allow visitors to “reflect, meditate and find calm.”

Called “The Constant Gardeners” (a nod to the famous book and film “The Constant Gardener”, “La Constance du jardinier” in French), his installation was opened to the public on Wednesday in Ueno Park, at heart of Tokyo, and must remain in place until the end of the Paralympic Games on September 5.

Anything new on the treatment front for this fall?