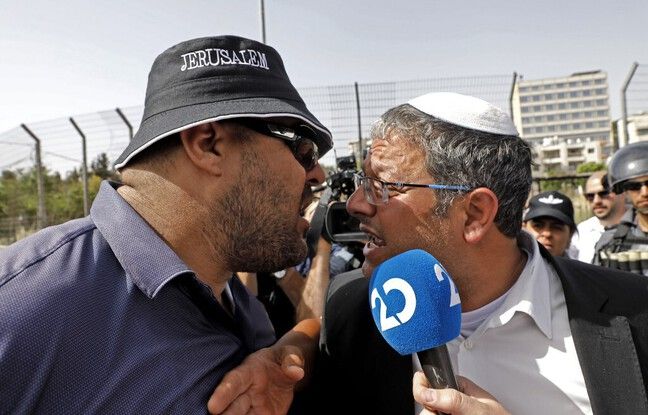 Stone throwing, tear gas, rubber bullets. New clashes pitted Palestinians and Israeli police on the Mosque esplanade in East Jerusalem on Monday, leaving more than 300 wounded, mostly Palestinians, after a weekend of violence in the Holy City, followed by bursts of rockets fired from Gaza over Israel.

Faced with the escalation, a meeting of the UN Security Council is scheduled later in the day, at the request of Tunisia, on the situation in East Jerusalem, a Palestinian sector occupied by Israel for more than fifty years. As international calls for calm multiply, Israeli Prime Minister Benjamin Netanyahu praised the “firmness” of the security forces to ensure “stability” in Jerusalem. Mahmoud Abbas’ Palestinian Authority has denounced a “barbaric aggression” by Israeli forces.

Early in the morning, hundreds of Palestinians threw projectiles at the Israeli forces positioned inside the Mosques plaza. The police responded by firing rubber bullets and tear gas. According to the Palestinian Red Crescent, more than 305 Palestinians have been injured, including more than 200 evacuated in ambulances screaming sirens to hospitals.

In the early afternoon, the clashes ended on the esplanade, Islam’s third holiest site in the Old City and whose access was restricted during the day to worshipers aged 40 and over. But the situation remains tense. The violence coincided with “Jerusalem Day,” celebrated Monday according to the Hebrew calendar to mark Israel’s conquest of East Jerusalem in 1967.

A “Jerusalem march” in which thousands of Israelis were to participate, scheduled for the evening in the Old Grid City, has been canceled. At Maqassed hospital, where a large number of wounded were transported, Dr. Adnane Farhoud, director general of the establishment, reported several injuries to the face and eyes from rubber bullets.

“We fear that something serious will happen today,” said Dr Farhoud, as seven patients are in critical condition according to the Red Crescent. Israeli police, who guard the entrances to the plaza called the Temple Mount by Jews, have reported at least nine wounded in their ranks. She warned that she would “not allow extremists to threaten public safety.” “

The capital of conflict

Israel has proclaimed the whole of Jerusalem its “eternal and indivisible” capital, while the Palestinians aspire to make the eastern sector the capital of the state they aspire to. Friday evening, more than 200 people, mostly Palestinians but also Israeli police officers, were injured in the most violent clashes since 2017 on the Mosques esplanade, a place of high tensions.

One of the vectors of tension in recent weeks in East Jerusalem has been the fate of Palestinian families in the Sheikh Jarrah neighborhood threatened with eviction in favor of Jewish settlers. An Israeli Supreme Court hearing in the case scheduled for Monday has been postponed indefinitely.