Romanians get stung at “Dracula’s Castle” 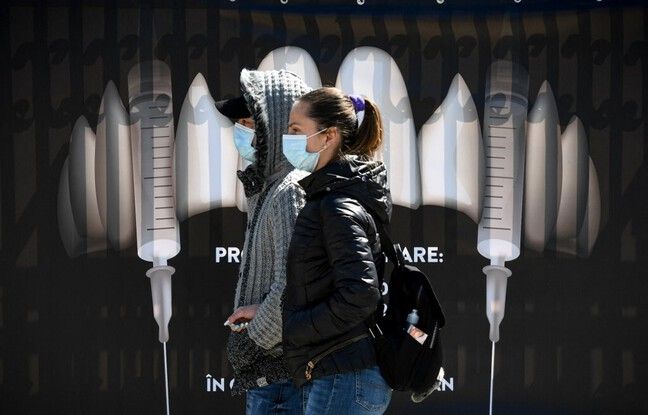 Dracula has something to be jealous of: hundreds of people flocked this weekend in front of “his” castle in Bran (central Romania) for an injection, seduced not by his charm but by the possibility of being vaccinated against the Covid-19.

“I came to visit the castle with my family and when I saw the poster I took my courage in both hands and agreed to get stung,” said Liviu Necula, a 39-year-old engineer. Like him, all those who were vaccinated received a diploma attesting to their “recklessness and responsibility”, as well as the promise to be welcomed at the castle “for the next 100 years”.

“We are mainly targeting tourists who have come to spend the weekend in the region, but the locals and employees of the castle are also welcome,” said Marketing Director Alexandru Priscu. A visit to the “torture room” housed in this fortress, the foundations of which were laid by the Teutonic Knights in 1211, is also planned for these “reckless”.

Nestled in a misty valley in the Carpathians, Bran Castle is associated with 15th-century Romanian bloodthirsty Prince Vlad Tepes (“the Impaler”) –who inspired the character of Dracula with Irish writer Bram Stoker–, although he probably never stayed there.

Donated in 1920 by the local authorities to Queen Marie of Romania, the castle perched on a rock was confiscated by the Communists in 1948, before being returned in 2006 to Dominic de Habsbourg, heir to the former royal family. Wishing to convince the greatest number of Romanians to be vaccinated, the authorities have in recent days multiplied the “vaccidrives” in several large cities and organized vaccine “marathons” open 24 hours a day at the National Library and at the Salle du Palace, great auditorium of Bucharest.

Aiming for the communes, that doesn’t scare me

“These centers are intended for all those who want to be vaccinated but are reluctant to make an appointment online,” said Beatrice Mahler, director of the Marius Nasta hospital in Bucharest, who came to help the dozens of doctors and nurses on foot. ‘work at the Salle du Palais during the night from Saturday to Sunday.

According to her, the hardest part will be to reach the inhabitants of the municipalities, still numerous, which do not have family doctors. Nearly 3.6 million Romanians have received at least one dose of vaccine against the coronavirus in this country of 19 million inhabitants which wants to cross the milestone of 5 million vaccinated by the beginning of June.