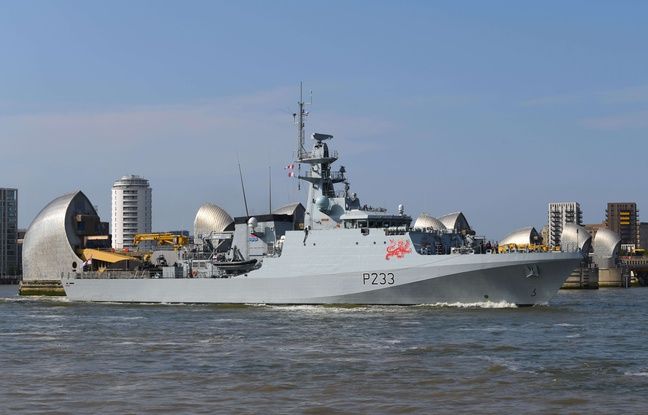 With less than 48 hours from the deadline to strike a post-Brexit trade agreement with the European Union, Royal Navy vessels stand ready to protect British fishing grounds where tensions could arise in the event of failure of the negotiations. European negotiator Michel Barnier was to meet at midday on Saturday with his British counterpart David Frost in Brussels, for final discussions before the decision expected on Sunday on the fate of post-Brexit negotiations.

If no compromise is found, the UK, which formally left the EU on January 31, 2020 but continues to abide by EU rules during a transition period that ends on December 31, will regain full control of its countries. waters on January 1st. Four 80-meter-long vessels stand ready to prevent EU trawlers from entering UK waters if there is no new agreement on fishing rights, one of the sticking points in negotiations commercial.

The British Ministry of Defense has confirmed that ships are on standby, explaining that they have “carried out intensive planning and preparations to ensure that Defense is ready for various scenarios at the end of the transition period”, according to a door -speak of the ministry. This deployment evokes bad memories of the “cod wars” with Iceland over fishing rights in the North Atlantic, which lasted for almost twenty years, before finally finding a settlement in the 1970s.

Preparations in the event of a “no deal” have accelerated in recent days on both sides of the Channel, with British Prime Minister Boris Johnson and European Commission President Ursula von der Leyen showing pessimism about the outcome of the talks. These block on three subjects: fishing, the settlement of disputes in the future agreement and the guarantees demanded of London by the European Union in terms of competition.

Traveling in the north of England on Friday, Boris Johnson judged “very very likely” the failure of negotiations, which continue nevertheless, until the deadline of Sunday. Same pessimism among Ursula von der Leyen, who told the leaders of the 27 summit in Brussels that hopes for an agreement were “weak”, told AFP several participants. In the event of a “no deal”, trade on either side of the Channel risks being carried out under the sole rules of the World Trade Organization (WTO), synonymous with customs duties and quotas.