Rules of the road, liability in the event of an accident … Everything you need to know about the new rules 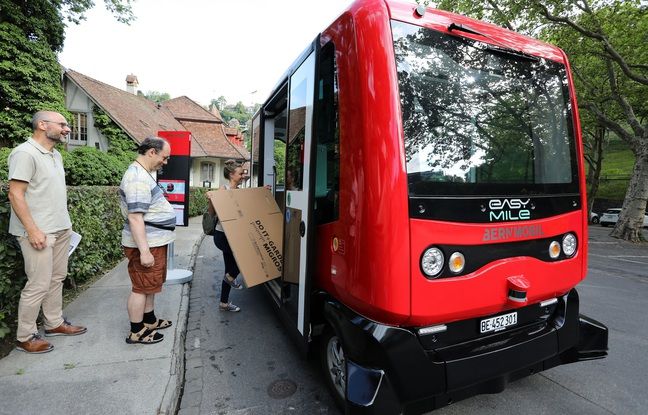 Will drivers of self-driving cars be released from all liability in the event of an accident? A decree published on July 1 will adapt certain rules of the Highway Code, in order to take into account the development of these vehicles. While the government hailed “one more step towards the mobility of the future”, 20 Minutes explains concretely what it will change when you are behind the wheel.

Which vehicles are affected by the decree?

According to the Interior Ministry, “these are cars whose dynamic control will be totally delegated to an automated driving system, but only when certain conditions are met.” By the end of 2021, the government plans, for example, to authorize the automated lane-keeping system (ALKS): in the event of traffic jams on the motorway, the car’s computer could take control and manage the lane on its own. speed and movements of the vehicle up to a certain speed. But in town, or on two-way roads, the driver could not activate this system.

The government also wants to facilitate the development of autonomous buses and shuttles. The decree of July 1 broadens the possibility of circulating such vehicles in France from September 2022 “on predefined routes or zones”. Interested operators could take inspiration from the “Beti” autonomous shuttle, which has been operating in rural areas in the Drôme since last year.

Today, these systems – apart from exceptional exemptions – are not approved in France for driving on public roads. Thus, the current Tesla, which have the “Autopilot” function, do not fall into this category because the driver is obliged to keep his hands on the wheel. Likewise, cars with adaptive cruise control are not “autonomous”, since they are simple driving aids.

Who will be responsible in the event of an accident involving an autonomous vehicle?

This is the main evolution of the decree. A new article of the Highway Code (123-1) provides for exonerating the driver of the autonomous vehicle from all liability in the event of an accident. Warning: this clause will only be valid if the automated system was activated and used under the authorized conditions. No question, therefore, of driving at 250 km / h in the countryside without fear of prosecution.

“For individual autonomous vehicles, the person responsible in the event of an accident could be the manufacturer,” analyzes Yann Arnaud, Director of Responses to Societal Needs and Innovation at the insurer Macif. But in the context of autonomous buses or shuttles, it will rather be the service operator (local authority, private company, etc.) who will be on the front line ”.

Will I be able to sleep, play the console, or drink alcohol while letting my vehicle drive?

No, and the decree is very clear on this point. Even with the “autopilot” engaged, the driver should always be ready to take control. If he takes too long to do so despite the alerts from his vehicle, he will become responsible again. Likewise if he does not obey the orders of the police or if he does not allow priority vehicles to pass (firefighters, Samu …). In these cases, excuses like “But it was my car driving …” will not work.

“In any case, it is very difficult to foresee all the possible scenarios,” Yann Arnaud recalls. The advances allowed by the decree will surely make it possible to specify or clarify the rules. The latter will in any case have to evolve with autonomous vehicles. For example if in a few years, we find ourselves with cars without a steering wheel, and therefore without the possibility for the driver to regain control ”.