Russia beats its record for contaminations and deaths 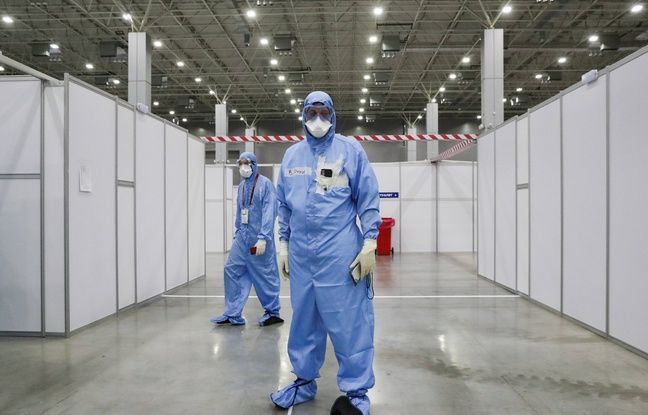 A record of new coronavirus infections and deaths was recorded this Thursday in Russia, hit by a second wave.

Russia has “better” than the West, according to Putin

The capital Moscow, still the main focus of the epidemic, also recorded a new record of daily contaminations (8.203). The fourth most affected country in the world, Russia is now setting new records every week, with a particularly worrying situation in the poorest and often under-equipped regions.

But the official figures published by the Russian authorities testify to a lower lethality than in Western Europe or the United States, a result which President Vladimir Putin has been boasting about for months. He thus judged, last Thursday, during his annual press conference, that Russia had “better” managed the pandemic than in the West.

No containment in sight

However, the Russian authorities only count deaths whose main cause is Covid-19, after confirmation by an autopsy. The official statistics agency Rosstat recorded in October 2020 almost 50,000 additional deaths compared to October 2019. Between March and the end of October, excess mortality amounts to almost 165,000 deaths compared to last year, suggesting a balance sheet much heavier than what the authorities admit.

The government has so far refused any new national confinement to preserve an economy at half mast and is counting on mass vaccination of the Russian population thanks to the vaccine developed by Moscow, Sputnik V.