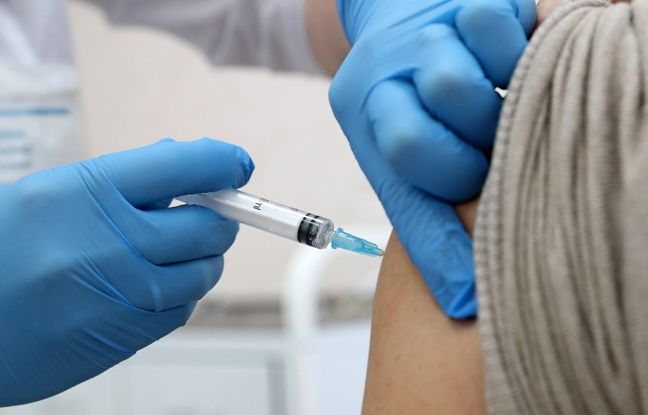 Forty homeless people were vaccinated against Covid-19 on Sunday in Saint Petersburg, Russia’s second city, we learned from a local NGO behind the initiative.

“With us, there are a lot of people who are part of a group at risk, it is important for them to be vaccinated”, told AFP Taïssia Souvorova, head of the NGO Notchlejka, who comes to aid to the homeless in Saint-Petersburg (north-west).

“The situation with the coronavirus is complicated”

Carried out in cooperation with local authorities, the vaccination of the homeless will only affect a few dozen people for the time being, those who are housed by the NGO, according to the same source.

According to official figures, Saint Petersburg, the former imperial capital of about 5 million inhabitants, has nearly 15,000 homeless people. According to Notchlejka, this figure is underestimated, and the number of homeless people is at least double.

A dozen people, including the disabled, came Sunday afternoon to a hospital in the center of Saint Petersburg, noted an AFP journalist.

“People are saying controversial things about this vaccine, but I believe it has more benefits than negative things,” Galina Ivanovna, 57, told AFP after receiving the first dose of the vaccine. “I’m pretty happy to do it,” she adds.

His companion Alexandre Suvorov, 60, said he was “also happy” to be vaccinated, because “the situation with the coronavirus is complicated”.

A similar initiative in Moscow

In Moscow, a similar initiative was recently launched by a local NGO helping the homeless with the support of the Moscow authorities.

Russia registered its first vaccine against the coronavirus in August, developed by the Moscow research center Gamaleïa in collaboration with the Russian Ministry of Defense.

In January, Russia officially launched a massive vaccination campaign with this vaccine called Sputnik V, in reference to the first Soviet satellite, in the hope of halting the spread of the epidemic without reimposing national containment.

Russia’s second EpiVacCorona vaccine was licensed in October. On Saturday, the country announced that it had registered its third vaccine, Kovivak.