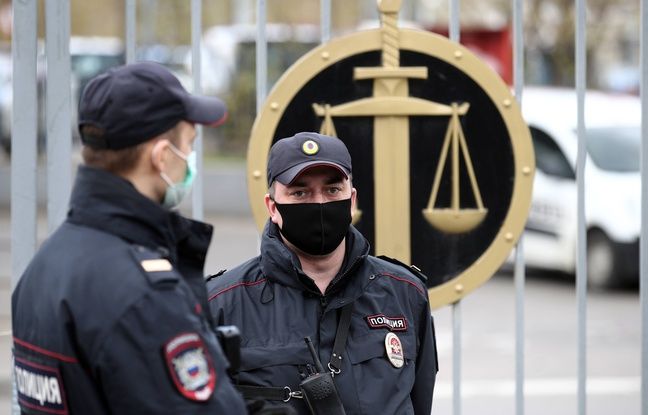 Created by Alexeï Navalny in 2011, the Anti-Corruption Fund (FBK) has been severely banned by the Russian courts. The director of the FBK, Ivan Zhdanov, indicated on social networks that a Moscow court had notably prohibited the organization from posting content on the Internet, using public media, organizing demonstrations, participating in elections and use bank deposits.

Organizations linked to Alexeï Navalny are also threatened with being declared “extremists” following a request to this effect from the public prosecutor’s office in mid-April, which would lead to their ban in Russia and would incur heavy penalties of their employees. jail. Justice has already ordered Monday the suspension of the activities of the FBK and the offices of Alexey Navalny across Russia. They immediately announced that they were ceasing their activities in their current form to protect their employees.

The FBK is known for its numerous investigations denouncing corruption in power circles in Russia, broadcast on YouTube. The most resounding, accusing President Vladimir Putin of having built a sumptuous palace on the shores of the Black Sea, has been viewed 116 million times.

Alexey Navalny’s offices across the country publish their own surveys and organize the “smart vote” campaigns championed by the opponent, involving encouraging people to vote for the candidate most likely to beat the one backed by the opposition. Kremlin, whatever his political stripe. Almost all the time, Alexeï Navalny’s allies are themselves prevented from participating.

Anti-corruption activist and sworn enemy of the Kremlin, Alexeï Navalny is imprisoned in a penal colony for an old case of fraud which he denounces as a political one. He put an end to a hunger strike observed for 24 days on Friday to protest against his conditions of detention, in the face of his worsening state of health.