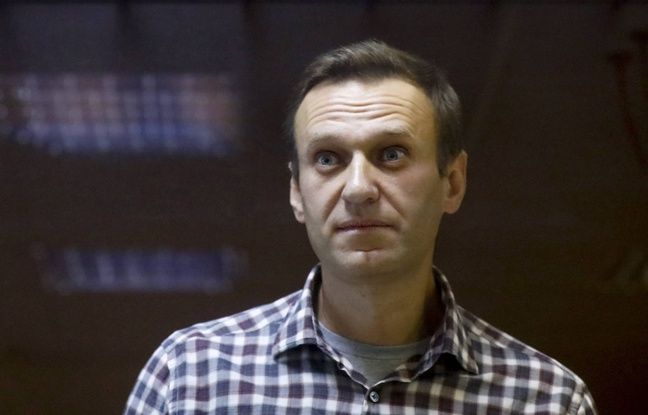 Russian justice on Monday ordered the suspension of the activities of organizations linked to the imprisoned opponent Alexeï Navalny, which are threatened with being declared “extremists” and banned. This tireless 44-year-old anti-corruption activist and sworn enemy of President Vladimir Putin put an end to his hunger strike in the Pokrov penal colony on Friday after 24 days, in the face of his worsening state of health. .

The measure taken on Monday precedes a trial for “extremism” targeting the opponent’s organizations, for which a first preliminary hearing behind closed doors took place the same day. The next one is scheduled for Thursday, the Moscow City Court said.

“We are afraid of your activities”

“The activities of the offices of Navalny and the Anti-Corruption Fund (FBK) were immediately suspended,” Ivan Zhdanov, the director of the FBK, wrote on Twitter, accompanying his message with photographs of this decision taken by the prosecutor in the ‘waiting for this trial which could definitively prohibit their activities.

“It would be too dangerous for our employees and for our supporters”, he continued, while promising that they “will continue, in a personal capacity, to fight against corruption”, against the party in power, United Russia, and against President Vladimir Putin. “It will not be easy to fight, but we will win absolutely, because there are many of us and we are strong”, assured the Moscow office of the opponent.

The Russian prosecution asked in mid-April to qualify organizations linked to Alexeï Navalny as “extremists”, which would incur the collaborators and supporters of the opponent with heavy prison sentences. The prosecution accuses these organizations of seeking to “create the conditions for the destabilization of the social and socio-political situation” in Russia, “under the guise of liberal slogans”.

“The real objectives of their activities are to create the conditions for a change in the foundations of the constitutional order, including using the scenario of the color revolution”, an allusion to political upheavals in other former republics Soviets, the prosecution estimated on April 16.

The term “extremism” has a very broad meaning in Russian law, allowing the authorities to fight both opposition organizations, racist or terrorist groups or even religious movements such as Jehovah’s Witnesses. Alexeï Navalny’s Anti-Corruption Fund carried out its most notable investigation in January, accusing Vladimir Poutine of being the beneficiary of an opulent “palace” on the shores of the Black Sea. The video has been viewed over 116 million times on YouTube and had forced the Russian president to deny the allegation in person.

At the beginning of April, a Russian court had sentenced to two years in prison a collaborator of Alexeï Navalny employed by the FBK, Pavel Zelensky, for the publication of two tweets criticizing with virulence the authorities, considered “extremist”. The premises of Alexeï Navalny’s organizations and the homes of his collaborators have been the subject of searches on several occasions in recent years, the opposition denouncing a judicial harassment intended to silence him.