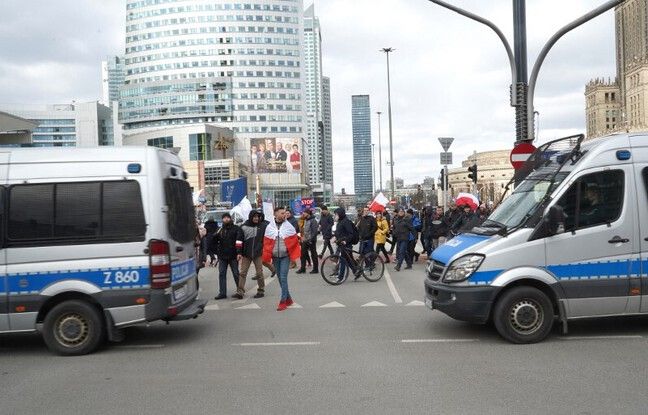 The tension has risen a notch in Poland in recent days. The country said on Monday that the security of its vaccination centers would be reinforced, the day after the fire in two centers by anti-vaccine activists and a week after a fight in another.

“Unfortunately, these incidents are repeating themselves,” Prime Minister Mateusz Morawiecki told reporters. “They will all be severely punished, in accordance with current legislation, and we will also take measures to strengthen the security of all these centers,” he added.

No victim to deplore

Police chief Jaroslaw Szymczyk said the perpetrators burned down a mobile vaccination center and an office occupied by a local epidemiology agency on Sunday in the town of Zamosc, in eastern Poland. The two fires did not claim any victims.

Jaroslaw Szymczyk called the incidents “extremely shocking” and announced the presence of “day and night” security in the vaccination centers. “Unfortunately, we are seeing an escalation in the brutality, in the very violence, of the behavior of anti-vaccine groups,” he said.

In July, police had to intervene in two incidents involving anti-vaccine, including an attempt last week by activists to break into a vaccination center in Grodzisk Mazowiecki, near Warsaw. The action had led to a brawl between activists and security guards and medical staff at the center.

The government encourages Poles to continue to be vaccinated, but the pace of vaccinations has slowed sharply and remains relatively low in the south and east of the country. Many vaccination centers have to close due to lack of demand. Almost 50% of the population is fully vaccinated in Poland. According to polls, nearly a quarter of Poles are against the vaccine or are reluctant to be vaccinated.

“We will have to train and behave as a team,” warns Wijnaldum before the Champions League