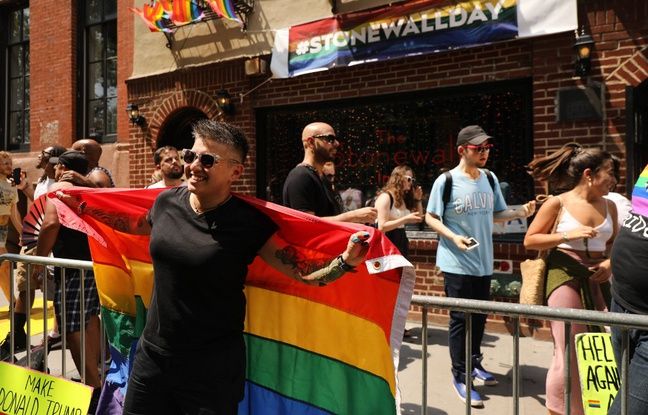 While progress has been made on the rights of lesbian, gay and bisexual people in 2020, same-sex relationships are still criminalized in 69 countries, said the International Association of Lesbian, Gay, Bisexual, Trans and Intersex People. , this Tuesday.

“That figure has dropped by one point this year, as Gabon backtracked from the criminalizing provision it passed in 2019 – which has become the shortest-lived law of its kind in the world. modern history, ”noted Lucas Ramón Mendos, research coordinator at ILGA World and lead author of the annual report, released Tuesday. “In addition, last week the Bhutan parliament approved a bill to decriminalize same-sex consensual relations, which may soon be enacted,” he added.

Until the death penalty

According to the association, at least 34 member states of the United Nations have applied these laws in the past 5 years, although it believes the number is “perhaps much higher”.

“Wherever such provisions exist,” explains Lucas Ramón Mendos, “people can be reported and arrested at any time, even if they are simply suspected of having sex with a person of the same sex. The courts actively pursue them and sentence them to prison, public flogging or even death ”.

The Covid-19 pandemic has also had deleterious effects. “In many places where laws were already a cause of inequality, things only got worse,” said Julia Ehrt, program director of ILGA World.

And to cite the proliferation of what are called “LGBT-free zones” in Poland, Indonesia which has sought to give new impetus to “conversion therapy” and the cancellation of two bans on such practices in Florida. , in the United States, for example. These “therapies” are believed to change sexual orientation and are extremely controversial, due to the psychological risks they present and the lack of evidence that they have any effectiveness. ILGA World has also found positive developments in 2020. By its own admission “against all odds”.

Anti-discrimination laws for more than 80 states

Thus, notes the organization in July 2020, Sudan has repealed the death penalty for consensual sexual acts between people of the same sex, Germany is now one of the 4 member states of the United Nations which have banned “therapies”. conversion ”nationally, and“ other jurisdictions in Australia, Canada, Mexico and the United States have followed suit ”. ILGA World also welcomes the fact that marriage for all “is now a reality in 28 member states of the United Nations”.

Costa Rica became the first Central American country to allow equal marriage and “Thirty-four United Nations member states provide for forms of partnership recognition for same-sex couples, as Monaco and Montenegro voted for their legal recognition during the last twelve months ”, underlines the international organization based in Geneva. As of December 2020, 81 United Nations member states have laws protecting against workplace discrimination based on sexual orientation. “Twenty years ago, they were only fifteen,” recalls ILGA World.

Share
Facebook
Twitter
Pinterest
WhatsApp
Previous articleFifteen years in prison required against Oleg Sokolov, the historian tried for dismembering his companion
Next articleBetween 65 and 85 years old, aging at home costs on average between 584 and 1,836 euros, according to a study