Schools reopen for the first time in almost a year 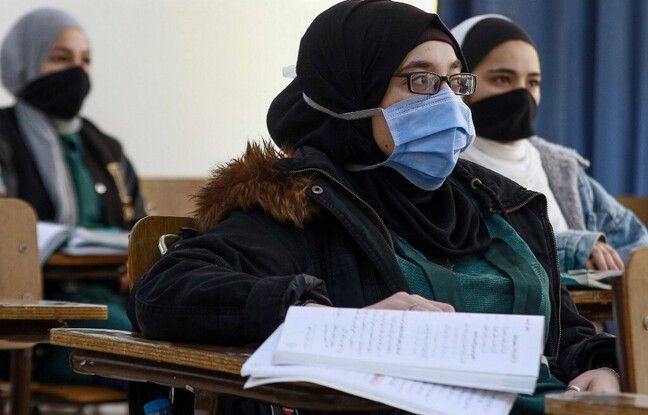 Hundreds of thousands of Jordanian students returned to schools this Sunday, after nearly a year of closure due to the coronavirus pandemic and at a time when the number of cases of infection is decreasing in the kingdom. More than 773,000 students will return to their class this week, according to the spokesperson for the Jordanian Ministry of Education. Schools and universities across the country were closed in mid-March 2020 in an attempt to contain the Covid-19 epidemic.

Kindergarten, early elementary and final year students were the first to return to school on Sunday, as were the 28,000 students of the UN agency for Palestinian refugees. Christian schools reopen on Monday. Then it will gradually be the turn of 1.4 million other students in the country, who will find their way back to schools by March 7, the Jordanian ministries of education and health said.

“I am very happy because I saw my friends and my teacher again. We had lessons, we chatted, we played and we ate together, ”says Mecca, 7, a student at the Muslim science college for girls in Jabal Amman, in the center of the Jordanian capital. “At home I was bored, being at school is much better”, assures the girl, all smiles. The National Epidemiology Committee is responsible for evaluating, within two weeks, the consequences of this return to class. If the results are conclusive, the other students will be able to return to school, explains one of its members, Bassam Hijjawi.

“The decrease in the curve has helped to gradually bring school life back to normal in a strict health protocol,” he said. “I am for face-to-face education because in class I see immediately if the student is following”, assures Fadi Ismaïl, teacher at the Choukri Chacha school in Amman. “In class, there are permanent exchanges. The student can ask questions. It’s very different to study on an online platform, ”he explains.

However, some students, such as Khaled al Kurdi, are reluctant to return to school physically. “I’m afraid of passing the virus on to my parents. By correspondence, the lessons are recorded and I can repeat them until the lesson comes into my head, ”explains the 18-year-old boy, a final year student.

The decision to reopen schools was taken after a decrease in Covid-19 cases in the kingdom in recent weeks. Since March 2020, 333,855 cases of infection have been recorded in Jordan, including 4,369 deaths. Vaccinations began on January 13 in the country. So far more than 40,000 people have received a first injection.