Schools, universities, bars and restaurants will close in most of the country 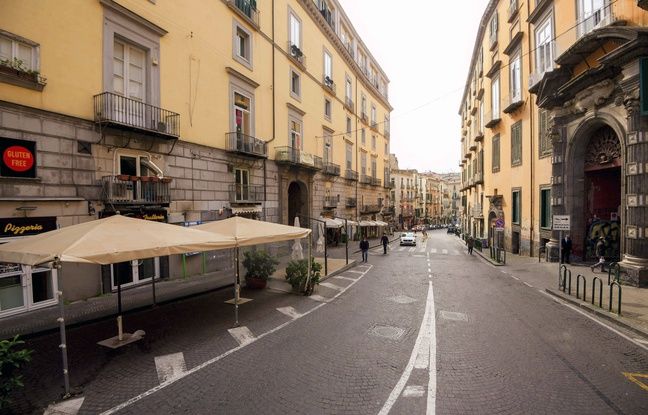 The Italian government is expected to announce this Friday the closure from Monday of schools, bars and restaurants in most of the country, in order to stem a new epidemic outbreak that threatens to saturate hospitals. Italy, which passed the 100,000 death mark this week due to the Covid-19 pandemic, has recorded a sharp increase in contaminations and deaths, largely due to the British variant according to doctors. On Thursday, authorities reported 26,000 new cases and 373 deaths in twenty-four.

According to the most pessimistic scenario, the large northern regions – Lombardy, Piedmont, Veneto, Emilia-Romagna – as well as Lazio (the region of Rome) and Calabria should pass into the red zone, thus joining the southern regions of the region. Campania, Basilicata and Molise. The situation in Rome remained uncertain and it could turn orange. Classification in the red zone, according to the color system in force for several months, leads to the closure of schools, colleges, high schools and universities, bars and restaurants (except take-away). Travel is limited to work requirements, the purchase of basic necessities and health emergencies.

44% of Italians in favor

Tuscany, Liguria, Umbria and Abruzzo could end up in the orange, intermediate zone. Only Sicily should remain in yellow, while Sardinia is in the white zone. These measures were to be announced at the end of a council of ministers scheduled for 11:30 am. New severe restrictions nationwide would be a further blow to the third largest economy in the euro area, plunged into a severe recession by containment in 2020. But according to a poll published last weekend by the daily Il Corriere della Sera, 44% of Italians are in favor, against 30% just two weeks earlier.

Italy kicked off its vaccination plan at the end of December, but deliveries have since slowed considerably and only 1.8 million people – out of a population of 60 million – received two doses of the vaccine on Friday.

Share
Facebook
Twitter
Pinterest
WhatsApp
Previous article40 months in prison for an armed robbery of toilet paper in the midst of a shortage
Next article“We no longer have a choice …” Worried and exasperated, the delivery men announce a strike this weekend