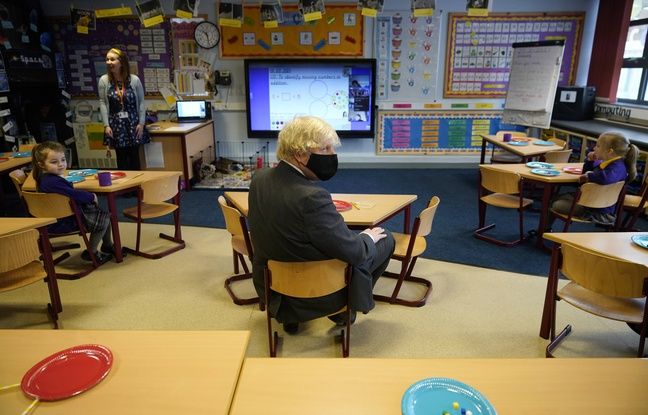 The British authorities on Monday launched an appeal to find a person who imported into the United Kingdom the variant of the coronavirus detected in Brazil, likely to be more resistant to vaccines.

The P.1 variant, which appeared in Manaus, in northern Brazil, has already been detected in three people in Scotland and three others in England, one of which cannot be located because it did not indicate its coordinates on the form related to his screening test.

20 million vaccinated for the first time

“We are working to try to locate it,” Secretary of State for Vaccines Nadhim Zahawi told the BBC, asking anyone who took a test on February 12 and did not receive the result to make themselves known. He also announced that a campaign of “extensive tests” would be launched in South Gloucestershire (South England) where the two other cases of the P.1 variant were detected.

Faced with the pandemic which has killed nearly 123,000 people in the United Kingdom, the government intends to protect the benefit of the massive campaign – which has enabled more than 20 million people to be vaccinated with a first dose – and the sacrifices made by the British who have been living their third confinement since the beginning of January.

Since mid-January, arrivals from South America have been banned, except for UK residents who must undergo a mandatory quarantine at the hotel. As people returned with the Brazilian variant had arrived from Sao Paulo on a flight through Zurich, the British opposition denounced shortcomings in the border control system.

“We have one of the strictest border regimes in the world to prevent the entry into this country of people carrying the worrying variants”, defended the Prime Minister Boris Johnson on Monday, praising “the massive effort” government to deploy “as quickly as possible” measures “very harsh” such as quarantine at the hotel.

Reopening of schools next week

“We currently have no reason to believe that our vaccines are ineffective against these new variants,” he told reporters during a visit to a school in Stoke-on-Trent (North of England) .

As England prepares to reopen schools next week, experts have warned that the Brazilian variant is likely to be more resistant to vaccines than the variant that is now predominant in the country, which has emerged in the South East of the country. England in the fall.

Danny Altmann, professor of immunology at Imperial College London, said there was no reason to “totally panic” either. According to him, the variant does “not remove all immunity”, even if it makes “the vaccines much less powerful”, he explained on Times Radio, conceding however that “it makes (things) much more difficult “.