Senate control will be played in a by-election in January 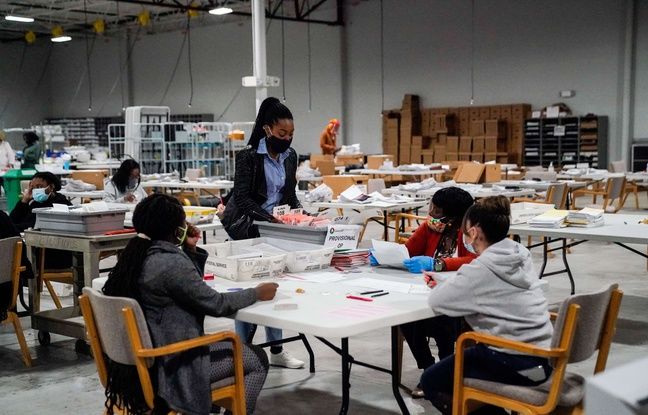 Americans weren’t just voting for their president this week. There was also the question of the election of senators. And if it took several days to find out the name of the future president of the United States (Joe Biden, for those who did not follow everything), it will be necessary to wait until January to find out whether the Senate will be Republican or Democratic.

Control of the US Senate will be played out in a by-election in the state of Georgia in January, a crucial issue for the future presidency of Democrat Joe Biden, which is already provoking an intense political battle.

A second round on January 5

Republican Senator David Perdue and his Democratic rival Jon Ossoff each obtained less than 50% of the vote, according to several American media, which automatically triggers a second round in that state on January 5. Georgia’s other senator seat will also be up for grabs on the same date.

Now that Joe Biden has been declared the winner of the US presidential election, if the Democrats won those two seats, they would take control of the Senate from the Republicans. No law can be approved without a vote from the upper house.

“And now we’re taking Georgia, and we’re changing the world!” »Launched the leader of the Democratic minority in the Senate, Chuck Schumer in front of jubilant passers-by in New York after the victory of Joe Biden.

“All eyes will be on Georgia pending the fate of the Senate,” Republican Nikki Haley, Donald Trump’s former ambassador to the United Nations, tweeted on Saturday.

Republicans currently hold a majority in the upper house, with 53 out of 100 seats. Thirty-five seats were up for grabs in Tuesday’s presidential and parliamentary elections. After taking office on January 20, Vice President Kamala Harris will be constitutionally able to vote to tie a possible 50-50 vote.

Democrats took two seats from Republicans in Colorado and Arizona. But the latter beat a Democratic senator in Alabama.

Besides Georgia’s two seats, the results of two elections are still not known: one seat in North Carolina and another in Alaska. The latter two leaned towards the Republican side in the latest published figures of the current counts.

But Democratic hopes are higher for their two candidates in Georgia, especially now that these elections have become national issues: Jon Ossoff, 33, and Raphael Warnock, 51, pastor of the Atlanta Baptist Church where Martin Luther preached. King. The latter will face a Republican senator allied to Donald Trump, Kelly Loeffler.