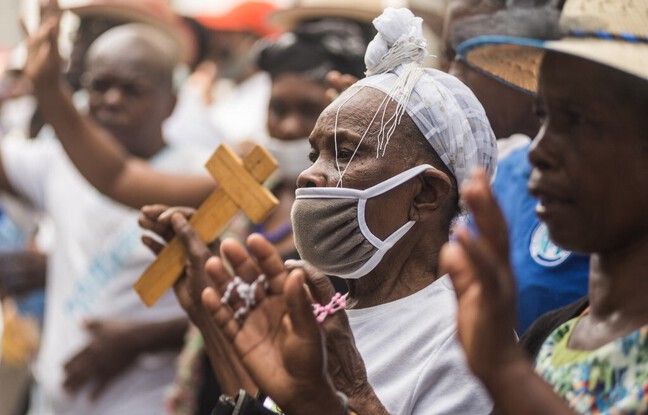 Seven Catholic religious, five Haitians and two French, were kidnapped this Sunday in Haiti, said the spokesperson for the Conference of Bishops of this poor Caribbean country in the grip of great insecurity.

The group was kidnapped in the morning while “going to the installation of a new priest” at Croix-des-Bouquets, near the capital Port-au-Prince, explained Father Loudger Mazile. The kidnappers are demanding a million dollars in ransom, he said. The group includes four Haitian priests and a nun and two French, a nun and a priest.

The Haitian Conference of Religious (CHR) later said in a statement that three other people, relatives of another priest who were not among those kidnapped, were also kidnapped. “The CHR expresses its deep sorrow but also its anger at the inhuman situation we have been going through for more than a decade,” she said in her press release. “Not a day goes by without the weeping and gnashing of teeth and yet the so-called leaders of this country, while clinging to power, are increasingly powerless,” she adds.

The police suspect an armed gang active in the area, called “400 Mawozo”, to be at the origin of this kidnapping, according to a source in its ranks. Contacted, the French Embassy did not immediately comment. Kidnappings for ransom have increased in recent months in Port-au-Prince and in the provinces, testifying to the growing hold of armed gangs on Haitian territory. ” This is too much. The time has come for these inhuman acts to stop, ”Mgr Pierre-André Dumas, Bishop of Miragoâne, contacted by telephone on Sunday. “The Church prays and stands in solidarity with all the victims of this villainous act,” he added.

In March, the Haitian executive power declared a state of emergency for one month in certain districts of the capital and a provincial region in order to “restore the authority of the state” in areas controlled by gangs. The measure is motivated by the actions of armed gangs who “kidnap people for ransom by declaring it openly, stealing and looting public and private property, and openly confronting the public security forces”, according to the presidential decree.

Gang violence and political instability in the country have recently led to demonstrations in the streets of the capital. On April 3, several hundred women marched in Port-au-Prince to denounce the growing influence of gangs on the territory. Kidnappings for ransom affect the richest inhabitants indiscriminately, and the majority living below the poverty line.

Haiti, the poorest country on the American continent, has been plunged for several months into a deep political crisis. President Jovenel Moïse estimates that his mandate will end on February 7, 2022, while for the opposition and part of civil society it ended on February 7, 2021.

This disagreement is due to the fact that Jovenel Moïse was elected in a ballot canceled for fraud, then re-elected a year later. Deprived of Parliament, the country sank further into the crisis in 2020 and President Moïse governs by decree, fueling growing mistrust against him. In this unstable political context, Jovenel Moïse decided to organize a constitutional referendum in June.