Seven foreign observers including a Frenchman killed in helicopter crash 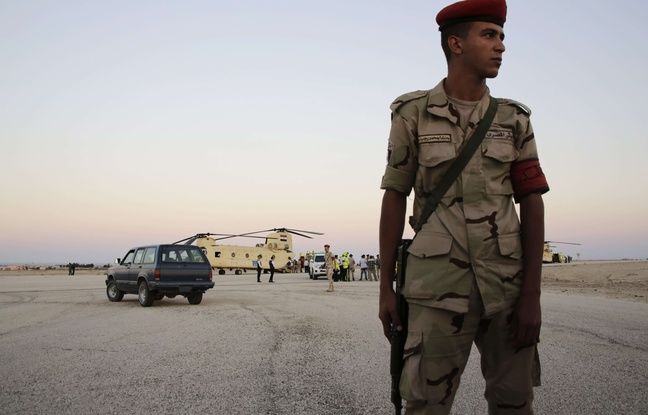 Seven members of the Multinational Observer Force (FMO) in the Egyptian Sinai, including a French, five Americans and a Czech, were killed Thursday in the crash of their helicopter in the south of the peninsula.

“We are deeply saddened by the loss of seven of our military colleagues from three countries, who died in a helicopter crash during a routine mission. The results include a Czech, a French and five American members of the FMO, ”the force said late Thursday evening in a statement. A previous report reported eight dead, including six Americans.

An investigation to determine the causes of the crash

A U.S. member of the force, tasked with monitoring peace between Israel and Egypt, survived the crash and was evacuated for treatment, according to an FMO statement that said the crash took place during a “routine mission near Sharm el-Sheikh in Egypt”.

“The FMO will conduct an investigation to determine the cause of the accident,” the statement continued, according to which “at this stage, there is no information indicating that the crash was not an accident”.

“A technical incident”, for Prague

In Prague, the Czech army said in a statement that “the cause of the crash is a technical incident”. The Czech victim has been identified as Sergeant Michaela Ticha, born in 1993. “I am terribly sorry. You are never prepared for these things. Condolences to his family, ”tweeted Czech Chief of Staff Ales Opata.

The Israeli military says it offered medical help and evacuated the U.S. force member injured in the crash to a hospital in Israel. Israeli Foreign Minister Gabi Ashkenazi expressed “sincere condolences to the families of those killed and a speedy recovery to the wounded,” according to a tweet from ministry spokesman Lior Haiat.

On Twitter, the US president-elect, Joe Biden, sent his “sincere condolences to the relatives of the peacekeepers”, “died on the island of Tiran” and also wished “a speedy recovery to the surviving American”.

I extend my deep condolences to the loved ones of the peacekeepers, including 6 American service members, who died on Tiran Island, and wish a speedy recovery to the surviving American. I join all Americans in honoring their sacrifice, as I keep their loved ones in my prayers.

French President Emmanuel Macron said in a statement to have “learned with great sadness, the death of Lieutenant-Colonel Sébastien Botta, French officer engaged in operations in Sinai within the FMO”. The President sent “a message of solidarity and compassion to the States struck by this tragedy, which painfully underlines the commitment of our soldiers in the service of peace in this region, for nearly 40 years”.

A force deployed since 1982

Three years after the signing of their peace treaty and after the UN announced that it would not provide peacekeepers for Sinai, Egypt and Israel, with the active support of the United States, had established this force deployed in 1982, as an independent international peacekeeping organization.

It currently has just over 1,100 soldiers of different nationalities, including Australia, the United States, Canada and France. Sinai had been the scene of clashes between the Jewish state and Egypt before the two countries signed peace in 1979.