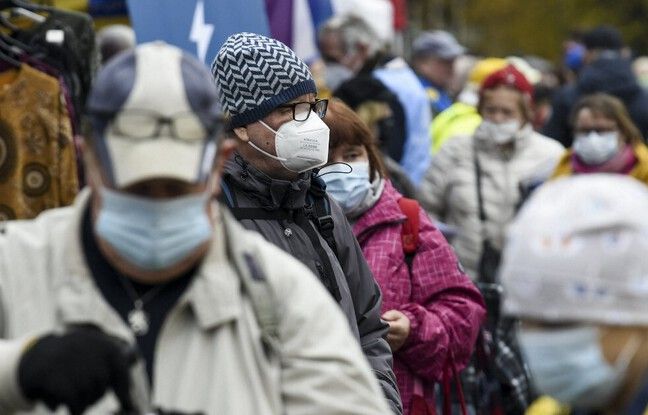 Twenty people were arrested on Saturday during a demonstration in Helsinki in protest against the measures taken by the Finnish government to fight against Covid-19, police said. The demonstration, which gathered up to 300 people in the center of the capital, had not been reported to the authorities, who quickly decided to disperse it. Public gatherings of more than six people are banned in Helsinki due to the pandemic caused by the coronavirus.

However, many demonstrators formed a procession and began a march to Kauppatori Square, where the parade ended in mid-afternoon. A total of twenty people have been arrested for refusing to comply with the authorities’ orders and will be fined. No major incident was recorded during the demonstration.

Finland and its 5.5 million inhabitants have one of the best records against Covid-19 in Europe. But in mid-February, the incidence rate of cases, long among the lowest in Europe, rose there, prompting the government to introduce new restrictions, such as closing restaurants, then presenting a withdrawn local containment plan. since after reservations about its legality.

Further south, in Denmark, hundreds of people gathered on Saturday evening in the center of Copenhagen, again against the measures taken by the authorities in the face of Covid-19. The protesters marched in a “relatively peaceful” manner in the streets according to the authorities, before reaching the town hall in the middle of the evening. Around 8 p.m., the police had not made any arrests. The demonstration, organized by the group “Men in Black”, continues into the evening.

The “corona passport” in the viewfinder

The demonstrators are particularly after the “corona passport”. Inaugurated on Tuesday, it makes it possible to certify that a person has been vaccinated against Covid-19, that they have tested negative within 72 hours or that they have recently recovered from the disease. Denmark has been in partial containment since the end of December. Even if several measures have been lifted since February, the almost general reopening is only envisaged for May 21, a date chosen because it must correspond with the end of the vaccination of people over 50 years old.

In Norway, where the government had tightened the screws before the Easter holidays in the face of a rebound in Covid cases due to the British variant, protesters, numbering 200, also protested on Saturday in the center of the capital Oslo against the measures taken and burned masks. No incidents with the police were reported.