Shareholders say yes to the climate strategy presented by management 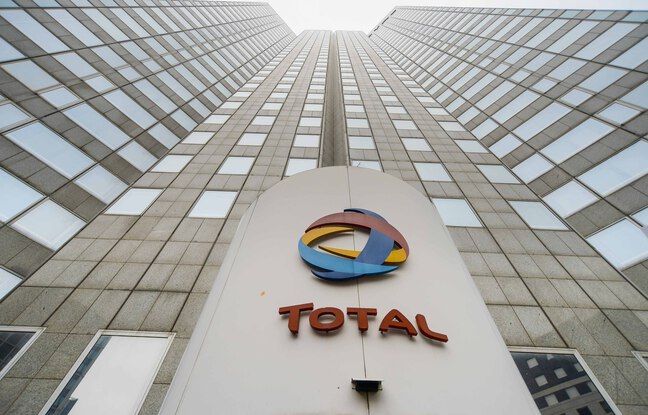 There was little suspense. Total shareholders largely supported management’s climate strategy on Friday. After general meetings dominated by the climate issue among competitors, the management of the French group had submitted for the first time to a vote a consultative resolution on the climate. It was widely approved, at 91.88%. The shareholders “perceive a real sincere process of transformation and made this vote the approval of a daring and demanding strategy”, estimated the CEO, Patrick Pouyanné, whose mandate has been renewed.

Another less controversial resolution, to record the change of the company’s name to TotalEnergies, was approved by more than 99%. “It marks our collective desire to invent a new Total, a multi-energy company, a major player in the energy transition,” commented the CEO, unveiling a new multicolored logo.

Renewable energies in the spotlight

Total, still very much associated with oil, wants to show that it is also very present in gas and, more and more, in electricity and renewable energies, which must represent 20% of investments this year. The group is also highlighting its climate ambitions with objectives for 2030 on the path to carbon neutrality targeted in 2050.

With regard to the energy products used by its customers (such as gasoline burnt in cars), within a scope known as “scope 3”, Total is committed, for example, to ensuring that emissions have fallen throughout the world by 2030 compared to 2015.

Several investors had announced that they would vote against the management resolution, believing the efforts in favor of the climate too timid. The management company Meeschaert AM had thus requested “the end of the exploration of new oil and gas fields”, while the International Energy Agency (IEA) has just urged the world to forget from “now” brand new exploration project to keep warming under control. The Dutch fund Actiam had also estimated that “the strategy was not up to the task”.

Patrick Pouyanné quipped Friday on “those who behaved more like activists than like shareholders”. Last year, eleven investors (La Banque Postale, Crédit Mutuel, Meeschaert, etc.) proposed a resolution to force Total to more ambitious climate targets. Fought by management, it was then rejected by the shareholders, but still garnered 16.8% of favorable votes.

The sector under pressure

In addition, 33 investors from the Climate Action 100 + coalition, committed to reducing greenhouse gas emissions, wrote to management asking them to clarify their strategy. The decline in hydrocarbon production “must begin before 2030, in particular for oil”, underline the signatories, who include Axa, Amundi or HSBC.

The case of Total is not isolated: after having been criticized for a long time by environmentalists, companies in the sector are now under increasing pressure from investors.

On the Shell side, a resolution in favor of more ambitious goals – and not supported by management – recently got just over 30% of the vote. Not to mention that the Dutch justice has demanded from the company that it raises its emission reduction targets. ExxonMobil and Chevron shareholders voted on Wednesday to force U.S. giants to fight climate change more aggressively. In particular, an activist fund will be represented on Exxon’s board of directors.