Shops and schools closed, new turn of the screw against the pandemic in the kingdom 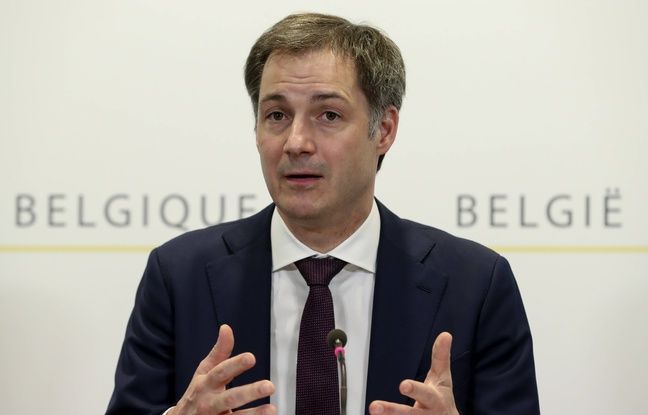 Is there going to be a rush to Belgian hairdressers on Thursday and Friday? Kingdom Prime Minister Alexander De Croo on Wednesday announced tightening restrictions on businesses and schools across the country in order to “try to overcome the third wave” of the coronavirus pandemic.

The professions of non-medical contacts (hairdressers in particular) will close again from Saturday, and “non-essential” businesses will only be able to welcome customers by appointment for several weeks, said the Flemish liberal leader.

Remote school for a week, except for kindergartens

Next week, the last before the two-week break of the Easter holidays, only nursery schools will remain open, while distance education will be practiced for all other levels, from primary to higher. “The objective is to be able to fully reopen the schools on April 19” after the holidays, said Alexander De Croo.

Last weekend, the education ministers of the three linguistic communities opposed the prospect of even short-term school closings.

The Prime Minister also confirmed that non-essential travel outside Belgium would remain prohibited until the end of the Easter holidays (ie until April 18 included), promising “significantly reinforced” border controls.

The kingdom has been facing for ten days a sharp rise in contamination and hospitalizations of patients with Covid-19. The circulation of the virus has never been so intense “for four months”, said the prime minister to justify the new restrictions.

The Belgian government is particularly worried about a new risk of intensive care overload, as the number of Covid patients in these units has doubled in six weeks (to more than 600 on Wednesday, according to official figures).

Since Monday, Belgian hospitals must reserve half of their resuscitation beds for these patients, i.e. 1,000 nationally, as a precautionary measure.

In addition, the number of new contaminations on Tuesday crossed 4,000 per day on average during the past week, a jump of 41% compared to the previous seven days. There were still around 2,000 a day two weeks ago.

“The goal is always to have a carefree summer, it’s within our reach,” assured Alexander De Croo, while 11.5% of the adult population received a first dose of vaccine.