Should we fear an increase in the price of fish in the event of a “no deal”? 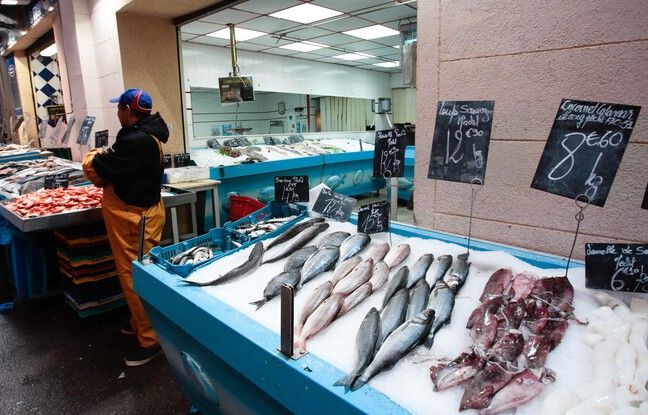 It is not known whether seafood was on the dinner menu shared Wednesday evening between British Prime Minister Boris Johnson and Ursula von der Leyen, President of the European Commission. But one thing is certain: around 20 days from the end of the Brexit transition period, and with the threat of a no deal in the background, they talked about fishing.

This is one of the main sticking points between the two parties: the accessibility, or not, of British territorial waters to boats from member countries of the European Union. As from the start, London and Brussels have remained in their positions, leaving doubts about the future of European fishing. And therefore on consumption in Europe. In the event of no agreement, should we then fear an increase in fish prices?

From January 1, 2021, the programmed end of the transition period to Brexit, the United Kingdom wants to regain control of its territorial waters. If fishing only represents 0.1% of its economy, this sector weighs considerably in negotiations with the EU. First, because 60% of the volumes caught in its waters each year, or 760,000 tonnes of fish, are taken by non-British vessels. And because the UK exports 80% of its catch, mainly to EU countries.

Moreover, British waters are among the most generous in the world, and their inaccessibility could cause a stir in view of the trade disputes already arisen in the past. Finally, it is a question of the future for the member states of the EU: global warming is pushing fish to increasingly migrate north. So to British waters.

The European Commission itself recently admitted: “Given the importance of fishing to the economic livelihood of many communities, there is a need to facilitate the authorization procedures for fishing vessels. “

Too early to say

So many questions that do not concern only EU leaders and fishermen. Because the final outcome of the negotiations could have an impact on the shelves, and therefore on the consumer’s wallet. “It is still too early to say, but we can expect consequences on the offers,” confirms Thierry Desouches, spokesperson for the Système U group. Like other players in mass distribution, who are all guarding to make a prognosis, he worries. Because the consequences of a no deal could be many.

In the first place: an increase in the price of fish because of its scarcity. In the worst case (for the French), the United Kingdom indeed recovers the exclusivity of fishing in its waters. And since the capacity of British trawlers is less than that of EU member states, fewer fish would be caught, and therefore available for purchase. The European Union has proposed to reduce its quotas to 60% of its current catch, an offer deemed excessive by Boris Johnson.

Another possible effect: a rise in prices due to a royalty that European fishermen could pay to the United Kingdom in exchange for the right to be levied in British waters. Percentages of 15 or 18% of the amount of fishing carried out were mentioned by London. And these amounts would likely be reflected in the final sale price. As well as possible customs duties on fish caught by the British and sold in Europe, the United Kingdom no longer being part of the common market.

Hopes all the same

But the hope of not seeing the price of fish soar remains within the mass distribution. The solution sought by the European Union remains an agreement which would allow fishermen from the Member States to continue their activities, in return for compensation. As mentioned above, the UK exports 80%, much of it to the EU. To take advantage of their abundant waters, British fishermen will therefore have to find a way to sell their fish.

For this, they call on wholesalers (seafood wholesalers). The latter will seek to obtain agreements to avoid a surge in prices. And mass retailers doubt the ability of the British to be able to supply all of Europe by their own means. They therefore hope that in the absence of an institutional agreement, commercial agreements between private partners of the United Kingdom and Europe can be found to continue supplying fish to the continent at prices equivalent to the current price.