“Since the start of the epidemic, conflicts between companies have multiplied” 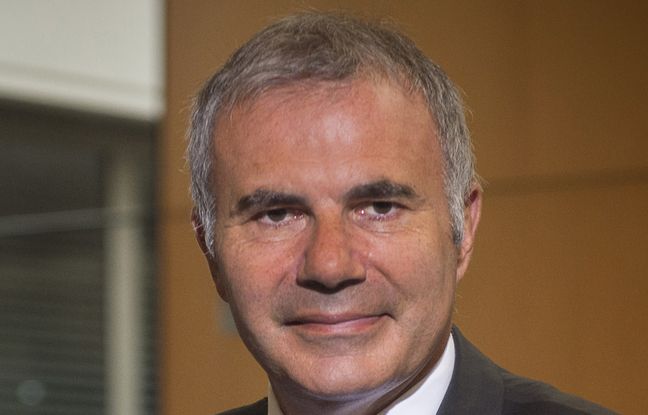 Since the start of the coronavirus epidemic, companies have suffered from the economic crisis that accompanies it. The confinement periods are particularly violent and they lead to payment difficulties, breaches of contracts and stormy relations between business partners. Pierre Pelouzet, national business mediator, helps these actors find the best solutions to settle disputes.

The economic crisis is hitting businesses hard, how does this situation translate for the national business mediator?

It’s an explosion. Conflicts between companies are increasing. During the first confinement, the number of requests increased tenfold. If things calmed down from May, we stuck with larger numbers than in previous years. And since the start of this second confinement, we are again in tension, with five times more requests than at the same period last year.

As a national mediator, what is your role?

We are a public mediation service for all businesses. In particular traders, VSEs and SMEs who have difficulties with other, often larger, companies or public actors. For example, a small business that sees one of its customers refuse or delay the payment of an invoice, will not want to get angry with him, for fear of losing him. This is when she can call on us to find a compromise.

What types of conflicts are the most common?

Most often, these are delays in paying bills. With the Covid-19 crisis, and the difficulties it causes, the number of cases has multiplied. Another type of conflict has also exploded: it is the sudden terminations or changes of contracts in progress. We see this a lot in events, which along with the mass cancellations, has led to a lot of disagreement between service providers and their customers. We also see a significant number of disputes between traders and landlords over rents. The crisis is also creating other problems, such as in ready-to-wear, where traders, who had ordered the winter collection in advance, find themselves unable to pay their suppliers because they have not. not sold the fall collection. Faced with all these problems, we try to help the actors to find solutions, together.

How does mediation work in practice?

First, a company that has a problem calls us through our website. At this point, a mediator contacts this company to discuss the subject and perhaps already provide advice. Once the root of the problem has been identified, the mediator contacts the other company at the heart of the conflict, to fully understand its vision of the case. Then come a first meeting between the two parties and the mediator, during which everyone is free to defend their position. We can say anything to each other, this gives rise to sometimes very tense discussions.

A little later, a second session is organized to start thinking about possible solutions. In general, minds have cooled and ideas have already germinated and we are moving forward on the definition of a compromise. When this is the case, we already know that it is won. The majority of our mediations are completed in two months. Business time is accelerated, so it’s important to go as fast as possible.

Do mediations often result in a compromise?

We have a 75% success rate. This is already a very good number, but in fact the results are often even better. Because among the mediations that fail, not all end up in court for the two companies. There are those who let it go, but say to themselves, “I understood what went wrong. We were able to discuss it. We’ll do it differently next time. But it also happens sometimes that, a few weeks after the end of the mediation, a company calls us saying that in the end, the parties have contacted each other again and ended up agreeing on a solution.

This is the main goal of our work, to initiate reflection and above all to prevent the link from being broken between the parties. We want to rebuild trust, especially at this time when many businesses are struggling.

Is your role limited to these mediations?

No, we also have a preventive role. We are trying to change behavior, because it’s good to play firefighters, but it’s better if we can prevent fires. A lot of the conflicts come from a business cash flow problem. In this case, we can advise them on state aid, direct them towards what they are entitled to. This can be the solidarity fund, partial unemployment, the loan guaranteed by the State or the new measure on commercial leases. We also promote collaborative reverse factoring and pay-to-order factoring, which help relieve supplier cash flow.

In general, to help companies, we have created a charter of good practices, the “Responsible Supplier Relations Charter”, which already has more than 2,000 signatories. It commits companies to building a balanced and lasting relationship with their business partners. We also launched the # défiEntreprisesSolidaires on the networks to encourage groups in good health to help their suppliers. We have many examples of customers who have agreed to advance their payments to small suppliers to relieve their cash flow. This is what we are looking for, solidarity between companies. But we can also mediate between companies and the State, in the context of public contracts or to seek funding for innovation.

Since the start of the crisis, the #CPME and its network are committed alongside #entrepreneurs.
With #DefiEntreprisesSolidaires, we want to share the best practices of #TPE #SME. Vs too, join the movement!@francenumfr@FCACommerce@FEHAP_actu@PauzatStephanie pic.twitter.com/UOOB5cAWqa

What are the means put in place to succeed in your mission?

We have two types of mediators: In the regions, these are mainly employees of the DIRECCTE (Regional Directorate for Enterprises, Competition, Consumption, Labor and Employment), who are trained in mediation. In Paris, these are retirees, volunteers, who are former business leaders, executives or judges of the commercial court. In addition to these teams, we often call on other administrations, such as experts from the INPI, for example, in the event of a dispute over intellectual property.

What message would you like to send to companies in difficulty?

First of all, do not wait until it is too late to call on our services. We have too many cases of companies calling us when they are already on the verge of filing for bankruptcy. All you have to do is go to our site and click on “enter the mediator” or “write to the mediator”. Next, companies should know that this service is free and that everything that is discussed in the context of mediation is completely confidential and cannot be taken up outside, or even in court.
Our role is to recreate trust between companies.