Six months later, “each day is one more step towards an endless abyss”, explains the head of an NGO 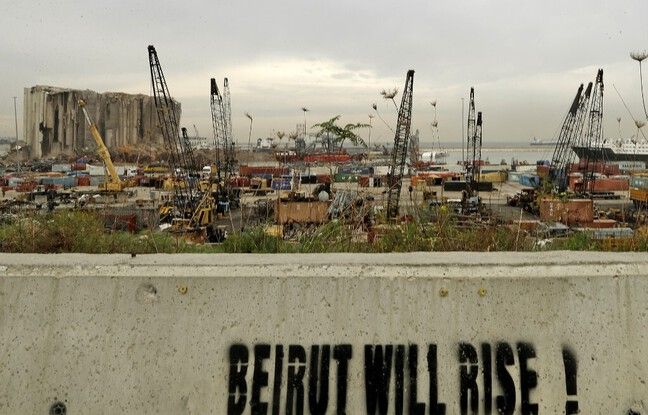 On August 4, 2020, the heart of the Lebanese capital, Beirut, was devastated by a huge explosion in the port. More than 200 people died and tens of thousands of people were left homeless. Faced with an economic, social, political and of course health crisis, Lebanon finds itself in a very serious humanitarian situation.

Six months after the explosion, the city of Beirut began a slow reconstruction, but the population, plunged into poverty, is far from being out of the woods. 20 Minutes takes stock of the situation with the spokesperson for the NGO Care, on site, Patricia Khoder.

Six months after the explosion, where is the reconstruction?

The scale of the explosion was so great that it will take a long time, a lot of money and a lot of goodwill to rebuild. It must be said that this explosion was the equivalent of an earthquake at 6 on the Richter scale: four or five neighborhoods, the closest to the port of Beirut, were destroyed. The damage is enormous. NGOs are hard at work rebuilding buildings and replacing windows. Today only 30% of the city is rebuilt. There are places where the windows have been replaced of course, but in front of every building in Beirut there is still debris and there are a lot of buildings where nothing has been done. Many people still have not returned to their homes, many businesses have not reopened. We see buildings that are only sheeted to protect themselves from the rain and wind.

Daily living in Beirut has become very trying. Getting around the city on foot or by car means seeing a whole lot of destruction in front of you, but you live with it. We need a lot more to rebuild the city, but the work is being done. After six months, we are much more advanced than countries that have experienced huge earthquakes like Haiti for example. While many roads had been cut with the explosion for fear of the risk of collapse, there everything is open again.

What actions has Care taken since this summer?

Care has been working on several plans for the past six months. We have more than ten projects throughout Lebanon, especially in Beirut, but on the explosion in particular, we are working with local partners on reconstruction. We are helping to rebuild housing, of course, so that the Lebanese can return to their homes, but we are also working on small and medium-sized businesses.

It is old Beirut that was affected by the explosion, with its small stalls, its grocery stores, its artisans… We are helping them get back on their feet by giving them funds to rebuild and buy back equipment. To all this situation is currently added the confinement in Lebanon. We are one of the few international NGOs able to distribute food packages, hot dishes, during this confinement. We also distribute cleaning kits, because cleaning products have also become very expensive.

The explosion happened in a country which was already in a serious economic and social situation, is the situation still the same?

She is worse! Every day, it gets worse in Beirut and all over Lebanon! Each day is one more step towards an endless abyss. We are facing a catastrophic humanitarian crisis. People, who already did not have much means, are losing their jobs, including in the middle class. The Lebanese pound has been devalued five times: someone who had the equivalent of $ 1,000 in Lebanese pounds a year ago only has the equivalent of $ 200 left. Regarding basic necessities such as milk, butter, all the products we buy in supermarkets, Lebanon is dependent on imports.

We are sinking into poverty: 50% of the population is now below the poverty line, whether educated or not. In the field, I see people like me: bilingual, even trilingual, graduates, people who belonged to the middle class, who have nothing left and who rely on food aid for a living. During containment, there is no government plan, like in Europe, to compensate traders. The French knew of a prosperous Lebanon but it doesn’t look like this anymore: the local GDP has lost 20% of its value in one year. If we add to the explosion and the economic crisis the health situation, the country sinks into a multiple crisis.