Snow, perfect conditions but no ski lifts … Ski resorts frustrated by their winter 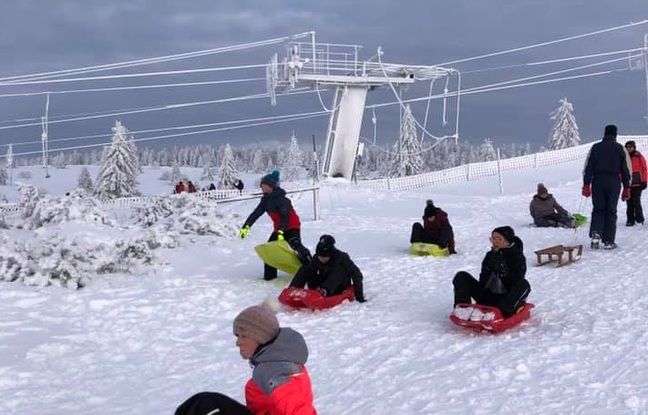 A surprise guest in the middle of last week, the snow didn’t change anything. It was too late. The vast majority of Alsace ski resorts are closed with confinement and their 2020-2021 winter season will therefore remain a failure.

From north to south of the Vosges, the situation is the same. “Economically, it’s a disaster”, summarizes Thomas Cron, the operations manager of the Markstein-Grand Ballon, in the Haut-Rhin. “We achieved 5% to 10% compared to the same period in other years,” says Marie Morel, in charge of development at Mont Champ du Feu, in the Bas-Rhin.

On both sites and everywhere in France, their ski lifts could not accommodate all their usual public. Only professionals and children who are members of an association affiliated with the French Ski Federation. “On arrival, that made us 7,000 skier-days, against 50,000 to 60,000 usually”, summarizes the first city. “Us, that represents maybe 500 people. We first opened the slopes to them with an idea of ​​building loyalty among ski clubs, ”says her colleague.

“We tried to optimize our charges and fixed costs”

In both cases and lack of income, not the entire area was groomed. Just as not all of the ski lifts have been started. “We tried to optimize our charges and fixed costs, of course,” continues Marie Morel, without wanting to complain too much about the situation. First “because there was state aid” but also and above all because it noted a real enthusiasm for the middle mountains.

Alpine skiing is not possible? The public has fallen back on other practices. “Nordic skiing, which we do not manage, has had peaks in attendance. We were robbed on sleds and snowshoes. And tubing (where you slide in a tire) has worked even better than in previous years. At Markstein, the same behaviors were observed. With, in addition, a different activity proposed: the toboggan run on rails.

Currently stationary, it could make it possible to attract new visitors as soon as the confinement ends. “We also have a small bike-park where we offer a climb to the top,” continues Thomas Cron, hoping that the sunny days will help cushion the bad figures of winter a little. “It will compensate a little if, like last year, we work well”, supports Marie Morel, “but all that is lost remains lost”.

“In the Vosges, we know that the snow is not always there and that we have to adapt. But here we certainly had the best snowfall in twenty years and we couldn’t take advantage of it. It’s even more frustrating, ”concludes the operations manager of the Markstein-Grand Ballon.