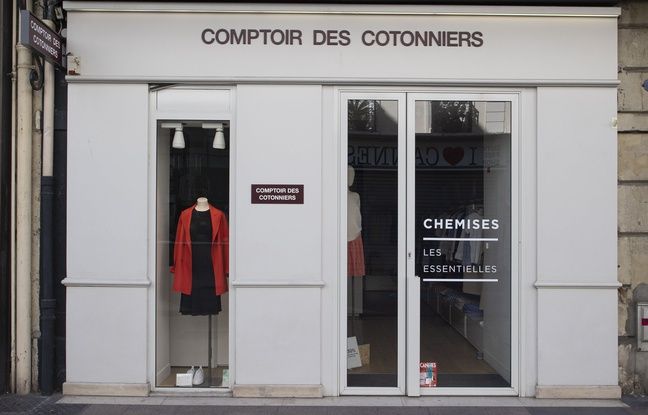 Nothing is going well for the Comptoir des Cotonniers and Princesse Tam Tam. The brands, owned by the Japanese clothing giant Fast Retailing, are preparing to close outlets in France and to cut jobs, the CGT assures on Wednesday. Information also provided by the group’s management. However, the two parties do not agree on the number of shops concerned.

The Comptoir des Cotonniers brand, founded in 1995 in the Toulouse region and acquired in 2005 by Fast Retailing, is present in several regions of the world, but mainly in France, where it employs 517 people and operates 191 points of sale.

“Despite the very good results of Fast Retailing world, the management of Comptoir des Cotonniers wishes to close 74 stores, including all the stores located in Printemps and Galeries Lafayette: 40% of the workforce is affected by the social plan (i.e. 217 positions eliminated at this date) ”, argues the Commerce Services federation of the only union present in the company.

The management of the company, it indicated to have presented on February 8 to the representative bodies of the staff of the two brands, “a plan consisting in closing in France, between 2021 and 2022, 24 Comptoir des Cotonniers stores and 7 Princesse Tam Tam stores. , as well as all corners / points of sale in department stores ”. That is to say fifty points of sale for the first brand, and twenty for the second. According to CGT union representative Nathalie Michel, management has set the end of negotiations for May 11.

A source familiar with the matter said that 68 jobs were also threatened within Princess Tam Tam, which management has not confirmed. The unions were not reachable on this subject Wednesday evening.

“The situation has continued to worsen”

“The Comptoir des Cotonniers and Princesse Tam Tam brands have been experiencing difficulties for several years and despite the efforts already made, the situation has continued to worsen”, for its part declared the management in its press release. “Both are very strongly impacted by the crisis in the clothing market and have been strongly affected by the repeated social and societal upheavals of recent years”.

In mid-January, the Japanese ready-to-wear juggernaut, with a strong presence in Asia, confirmed its forecasts for its 2020-2021 fiscal year which began on September 1 and expects an annual net profit of 1.3 billion euros, in increase of 82.6%. Its big global rivals like Spaniard Inditex (Zara) and Swede H & M are suffering more due to their greater presence in Europe, where tougher restrictions against Covid-19 are applied.