SoftBank has decided to bury Pepper, the humanoid robot who no longer convinces many people 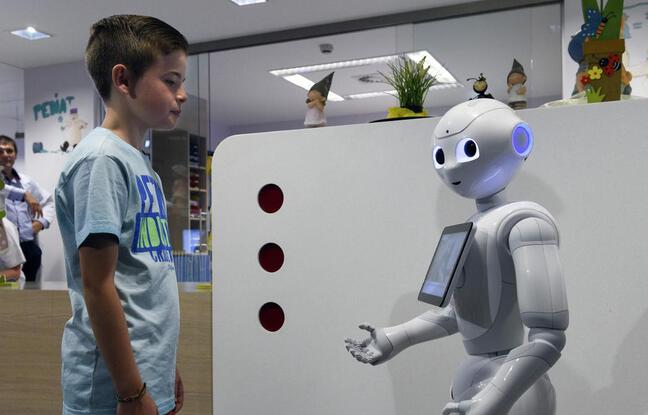 The friendly humanoid robot Pepper could live its last hours. Its parent company, SoftBank, has indeed indicated that it has temporarily suspended production of the robot. A decision that could be linked to a drop in demand, but other elements may also have played in the balance.

Designed by the French company Aldebaran Robotics in 2012, Pepper was acquired by SoftBank the same year, before being presented to the world two years later. Developed to express emotions and interact easily with humans, Pepper had marked the spirits thanks to its childish design and its kindness.

But Pepper was never intended to end up in consumers’ homes. The humanoid robot was indeed thought of as an everyday assistant, capable of helping humans. It is still found today in many Japanese stores where it provides information to customers who request it. He is also present in several hospitals to fight against the isolation of patients. It can still be seen in various social and international events.

The fact that he is considered a daily assistant would explain why SoftBank has “temporarily” suspended production. “Pepper operates primarily as a rental service, so we don’t need a lot of new units,” the Japanese firm said in a statement. This momentary shutdown of Pepper production would actually date back to August 2020, AFP reports. However, the Japanese company says it is ready to relaunch production if demand explodes and the copies in stock are not enough.

Cute, but of little use

There is still little chance that the production of Pepper will be relaunched. The assistant and receptionist does not seem to have convinced businesses and traders. In the end, its functionalities quickly proved to be very limited, despite a high selling price (20,000 euros), so that demand would have fallen in recent years.

The fact that the Japanese company seems to be focusing more on digital platforms rather than the production of companion robots could also have played in the balance. SoftBank has indeed sold 80% of its shares in the American company Boston Dynamics, a global specialist in ultra-mobile robots, to the manufacturer Hyundai Motor. The Japanese company also recently announced a restructuring within SoftBank Robotics Europe, AFP reports. The subsidiary dedicated to robotics had already reduced the size of its teams in the United Kingdom and the United States.