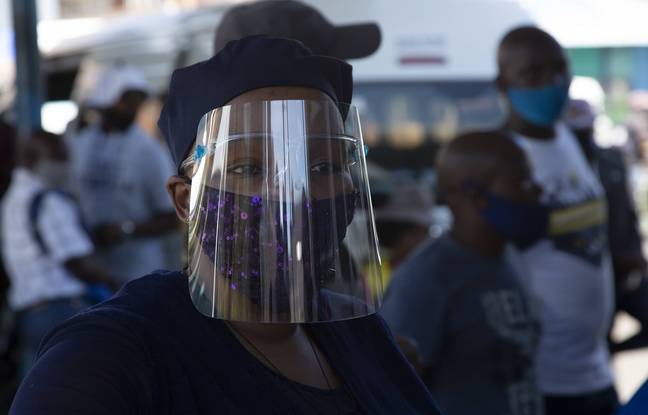 Even though the country’s president has insisted on the need to preserve as much as possible an economy already very weakened by the pandemic, South Africa finds itself forced to increase restrictions in order to counter the spread of the coronavirus. The sale of alcohol is thus prohibited and the wearing of a mask is now compulsory throughout the country, announced the Head of State on Monday evening, while the country has just exceeded one million cases of contamination.

But that’s not all. The curfew is also widened, starting at 9 p.m., instead of 11 p.m., and until 6 a.m. “No one will be allowed to be outside their home, except health workers,” Cyril Ramaphosa said during a solemn televised speech. In addition, bars and restaurants will not close completely. But these businesses will live shortened evenings, putting customers and staff outside at 8 p.m.

“We have let our guard down”

The speed of contamination is “particularly alarming”, insisted the president, denouncing “an extreme lack of vigilance” during the holidays. “We have let our guard down, we are now paying the price,” he said, listing the end of the school year celebrations, family reunions for Christmas, concerts and religious services, all events qualified as ” super contaminants ”. For 14 days, all large gatherings, inside and out, are therefore prohibited, except for burials limited to 50 people.

The ban on the sale of alcohol, at least until January 15, aims to reduce the number of hospital admissions linked to road accidents or violence, especially family violence, generated by an excess of consumption. By March, the sale of alcohol had been banned, then regulated to varying degrees. Until the president’s announcement, it was possible to buy alcohol only between Monday and Thursday during the day.

Caregivers “not far from cracking”

Cyril Ramaphosa finally recalled that the country has “not yet reached the peak” of the second wave, despite three record days last week with more than 14,000 new positive cases per day. The caregivers are “not far from breaking down, they risk losing their lives because of our actions and our inability to take our responsibilities”, took offense to the president.

South Africa on Sunday became the first African country to exceed one million infections. While a more transmissible variant of the coronavirus is responsible for a large majority of new cases, the country of nearly 59 million inhabitants has officially recorded 1,004,413 positive cases and 26,735 deaths.