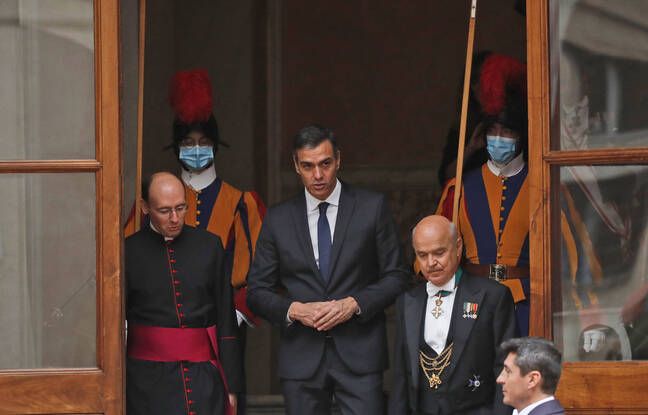 After the influx of some 6,000 migrants to Ceuta from neighboring Morocco, Spanish Prime Minister Pedro Sanchez on Tuesday promised to “restore order” in the Spanish enclave, calling the situation a “serious crisis for Spain and also for Europe ”.

“We are going to restore order in (the) city and at our borders as quickly as possible”, declared the head of government who indicated to go on Tuesday on the spot, as well as in Melilla, the other Spanish enclave located in northern Morocco.

“Guaranteeing the security” of Spain

Pedro Sanchez, who canceled a trip to Paris due to the gravity of the situation, had previously assured that Spain would be “firm to guarantee security” in Ceuta and his arrival there is a sign, according to him of “the determination with which we act since the first moments of this crisis ”.

Since Monday morning, more than 6,000 migrants have entered the Spanish enclave of Ceuta by swimming or on foot, and the Spanish authorities have already announced that they have expelled 2,700 of them. At the same time, on the night of Monday to Tuesday, 86 migrants, out of a total of more than 300, entered the enclave of Melilla, located 400 kilometers to the east.

A “record” number of arrivals

Ceuta and Melilla, the European Union’s only land borders with Africa, are regularly the scene of migrant entry attempts, but Monday’s human tide is unprecedented. This “record” number of arrivals, according to the prefecture, occurred in the midst of the diplomatic crisis between Spain and Morocco.

While Rabat is a key ally of Madrid in the fight against illegal immigration, diplomatic relations between the two countries have deteriorated since the reception, at the end of April, by Spain of the leader of the Saharawi separatists of the Polisario Front, Brahim Ghali, to be treated there for Covid-19. A decision that had triggered the anger of Rabat.