Spectacular find links Stonehenge to its original site in Wales 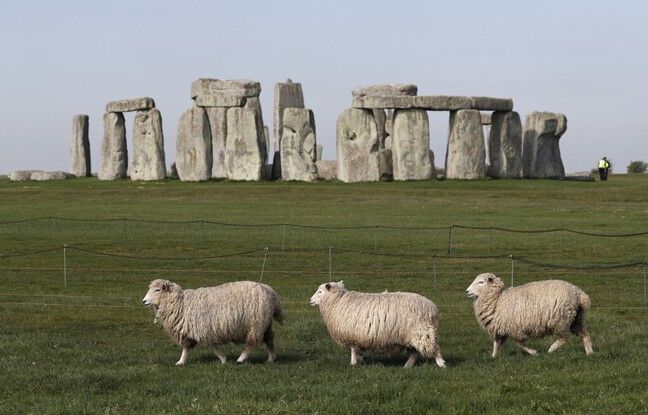 The stones at the prehistoric Stonehenge site in England could have come from another site in Wales, more than 200 kilometers away, a find that would remove some of the mystery surrounding these famous megaliths, archaeologists believe. Their study, to be published in the British archeology journal Antiquity and is the subject of a documentary aired Friday on the BBC, shows, thanks to soil sediments and coal dating, that the stone circle of Waun Mawn (in southwest Wales), has was erected about 400 years before one of those at Stonehenge.

Researchers at University College London (UCL) believe that the blue and gray stones – characteristic of Wales – from Stonehenge may have been moved there by its builders as their community migrated to England. Scientists have indeed noticed that a circle dating from 3,000 years BC on the megalithic site, classified as a World Heritage Site by Unesco, had copied the structure of that of Waun Mawn, having exactly the same diameter (110 meters) and the same alignment facing the sunrise during the summer solstice.

A densely populated area, then nothing

This discovery would explain a lot of things about the Stonehenge site, including why its monoliths were not erected in the immediate vicinity of their quarry, like most sites dating from the same period. Waun Mawn, where only four monoliths remain, is one of the oldest stone circles in the UK, and the third largest in the country. The surrounding area was a large and densely populated area until 3000 BC, when activity appears to have abruptly ceased.

“It’s as if (the inhabitants) have disappeared. Maybe most people have migrated, taking their stones – their ancestral identities – with them, ”said Professor Parker Pearson of UCL. Composed of about 80 stones, the megalithic site of Stonehenge must have borrowed rocks from monuments other than that of Waun Mawn, estimates the professor: “Perhaps there are other (monuments) in Preseli waiting to be found. Who knows ? “

Daily The Guardian recalls that an ancient legend almost a thousand years old, already indicated that Merlin had led men to Ireland, to capture a circle of magical stones, to be rebuilt in England, as a memorial for the dead. This story had rejected, but it is gaining strength today. The part of Wales from which these stones came was, at the time, considered Irish land.