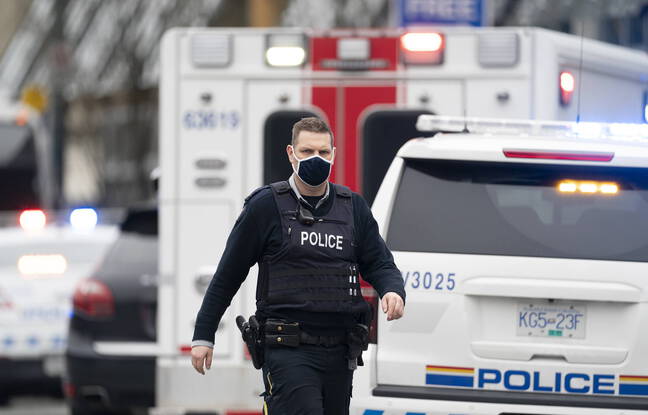 Vancouver, in western Canada, is in mourning. One person was killed and at least five others injured on Saturday in a stabbing attack near a city public library. According to police and emergency services, a suspect has been arrested.

Six people were hospitalized after the attack, apparently carried out by an isolated man, according to the same sources. “One of the victims is deceased,” announced Frank Chang, of the Vancouver Criminal Unit, indicating that he did not know at this stage the identities of all the victims. “The least we can say is that it’s absolutely shocking,” he added. “It’s a shock for everyone including the police themselves.”

Police are looking for other victims

In the early afternoon, several people were stabbed inside and near a public library, the Royal Canadian Mounted Police (RCMP) announced in a tweet. She gave no indication of their state of health. The CTV channel showed a video Saturday evening presented as the arrest of the suspect, who appears to stab himself in the leg before collapsing and being arrested by several police officers. Police felt that the suspect had acted alone and that there was no longer a danger to the public. Authorities said they were looking for other possible victims.

A witness, Justin Prasad, quoted by the CBC channel, said he saw the arrest of the suspect who was evacuated in an ambulance. He said the police shot him with rubber bullets. Another witness, Sheila Dyson, told CTV that she saw a man stab a woman. According to her, there did not appear to be any connection between the victims and the perpetrator seemed to strike “at random”.

Andrew Cocking, an entrepreneur who lives 500 meters from the library, said the attack took place in a generally very quiet area. “I saw people being treated by rescuers and placed on stretchers. It was sad, especially since one of the victims seemed to be a child, ”he said. “It happened very close. My dad was at the library 30 minutes before the attack and my dad was thinking about going there to get a book. It’s sad that these people were in the wrong place at the wrong time, ”he added. The police are continuing their investigation, in particular to understand the suspect’s motives.