Staff housing, how does it work? 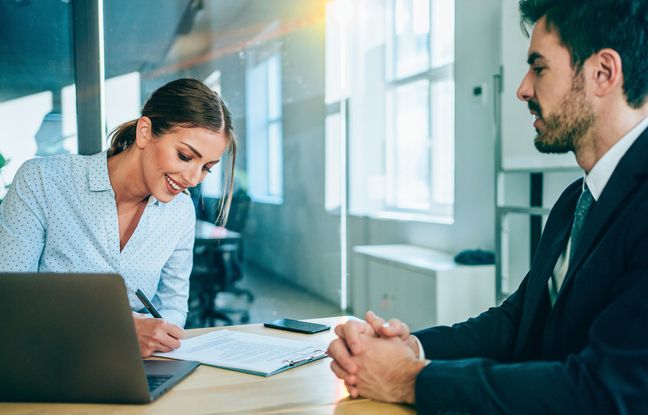 When a city suffers from a housing shortage and prohibitive property prices, it is not only households that suffer, but also the businesses that employ them. To compensate for the vagaries of the market, some private companies are therefore playing the role of lessors by offering their future employees to associate a residential rental with their employment contract. Either official accommodation.

Lack of mobility caused by difficulty in getting around and finding accommodation has long been identified as a barrier to employment. Already in 2014, a study by the Orientation Council for Employment estimated that companies gave up each year some 400,000 hires because of the difficulties of candidates to find a roof.

In the territories concerned, mainly metropolitan areas, the official domicile can therefore be a weighty argument for recruiting qualified and motivated employees. Exit thus exorbitant rents to stay in a storage room or even stress and repeated delays because it was necessary to settle far from the workplace for lack of a sufficient budget.

If such a proposal has something to seduce candidates for hiring, it nevertheless requires to remain vigilant on its conditions of implementation. Of course, this official accommodation must appear in black and white in the employment contract, this is then referred to as an accessory to the contract. It is also wise to specify all the terms in the appendix (security deposit, inventory, lease end conditions, etc.).

In principle, the provision of a working domicile is free: the employee therefore does not pay rent or his contribution to the costs is minimal. It is then a benefit “in kind” assimilated to his remuneration. As such, this rental is valued monthly, or sometimes weekly, and appears on the pay slip while being subject to social security contributions and taxes. Its amount is calculated according to the rental value of the property or a fixed amount determined in relation to a legal scale published each year.

Without being the owner itself, the company can alternatively offer to pay the employee’s rent directly or to pay him a housing allowance to reimburse him. This is then a so-called “cash” benefit which also appears on the payslip.

The lease of official accommodation escapes the usual frameworks. While it must of course be decent and include the mandatory technical diagnostics, it is therefore not subject to any rule in terms of duration and notice. Logically, the rental is not going to be concluded for three years with a tacit annual renewal. Conversely, it will be awarded for the entire duration of the employment contract, which implies that the employee will have to leave the premises in the event of dismissal, contractual termination or resignation. Be careful to check the terms of termination of the lease and the time limit for returning the accommodation to avoid unpleasant surprises. Like any contract, this lease must still remain fair to be legal.

It should be noted that when an employee is forced to leave home to take up his duties in another city or another country, his company is obliged to provide him with so-called “absolute necessity” official accommodation. In this context, it must then take all its costs on its own account (rent and charges).