Standing ovation for Officer Eugene Goodman, decorated with a medal for his bravery 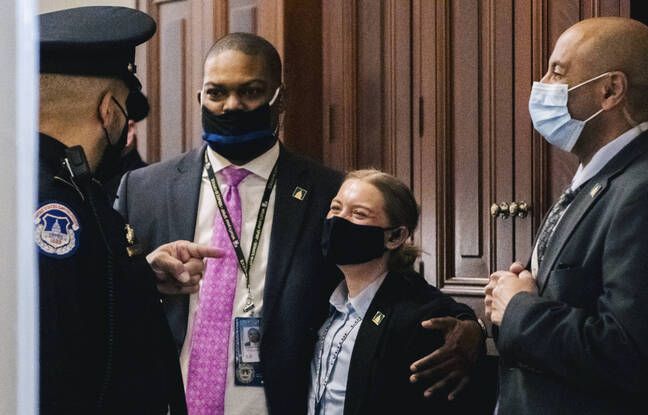 During an ultra-partisan trial, we witnessed a rare moment of unity on Friday evening. The 100 senators stood and gave a long applause for Capitol Hill policeman Eugene Goodman, who received a medal for his bravery during the Jan.6 attack.

👏👏👏 Standing ovation for Officer Eugene Goodman, who provoked the pack to take him away from the Senate (and also alerted Mitt Romney to take cover) and receives the Congressional Gold Medal. Rare moment of unity during this trial #EugeneGoodman pic.twitter.com/r8hquV4Toi

Without Eugene Goodman, some might not have “been able to come out of this unharmed,” Republican Leader Mitch McConnell said. “The world has seen his incredible courage on this sad day, his calm under pressure, and his willingness to make him a target so that others can take shelter,” noted the majority leader. Democrat Chuck Schumer.

Mitt Romney owes him a lot

Eugene Goodman faced, alone, a group of rioters seeking the Senate Chamber. The policeman then harangued them to follow him up a staircase. And while they were a few yards from one of the doors leading into the Senate compound, he drew them to reinforcements.

In an unprecedented video unveiled Wednesday, he was also seen warning Mitt Romney at the very beginning of the attack, who was able to take shelter as the rioters had just forced the entrance to the building. Eugene Goodman, who served in the military in the Second Iraq War, was then chosen to escort Vice President Kamala Harris during the inauguration on January 20.

Massacre of more than 1,400 dolphins arouses emotion and indignation