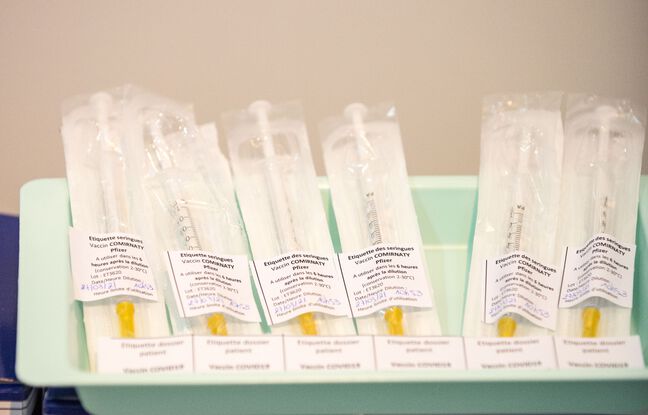 The starting signal is Wednesday. The production of vaccines in France against Covid-19 is due to start this week, at a French subcontractor Delpharm, we learned on Monday from the French Ministry of the Economy and Finance, confirming press information.

“Production is due to start this week, in this case on Wednesday at Delpharm, in its plant in Saint-Rémy-sur-Avre (Eure-et-Loir, north-west of France), for (on behalf of the German laboratory) BioNTech ”, partner of the American Pfizer, Bercy told AFP.

“They will start with the production of test batches at first, to ensure that everything complies with the expected quality standards and will then switch as quickly as possible to the production of commercial batches”, specified the ministry of the French economy.

The ministry recalled that the French subcontractor Delpharm was one of the companies supported in recent months by the State, via the call for expressions of interest announced in mid-June 2020, and thanks to this support it will be able to put in bottles for the Pfizer / BioNTech alliance. Regarding production capacity, “companies do not wish at this stage to communicate on the expected volume,” said Bercy.

Because in addition to Delpharm, the Swede Recipharm will produce vaccines for the American company Moderna, “by mid-April”, in its French factory in Monts (Indre-et-Loire, west).

The manufacturer Fareva should launch the production of CureVac, which is still subject to the condition of marketing authorization, in its factories in Pau and Val-de-Reuil (Eure, west ), Bercy said. Finally, the French company Sanofi will produce for Janssen (a subsidiary of Johnson & Johnson), in Marcy-l’Etoile (Rhône, south-east).

“When we put all this end to end, we are on at least 250 million doses that will leave French sites by the end of the year, cumulatively,” said Bercy. A figure that does not include the vaccine developed by Sanofi, expected for the second half of the year, if clinical trials are conclusive.