State of emergency about to be extended in Japan, 56 days from Tokyo Olympics 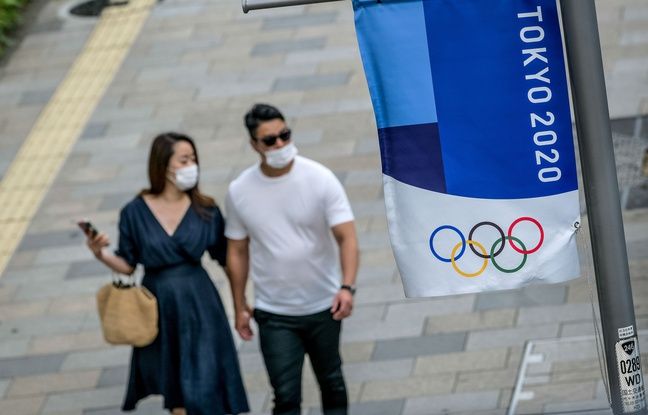 At 56 days before the opening of the Tokyo Olympics which will take place, the organizers insist, the Japanese government is preparing, this Friday, to extend the state of health emergency in a large part of the country.

The extension of the state of emergency until June 20 should be formalized by the government during the day, according to the public television channel NHK. This decision aims to consolidate the improvement in the health situation observed in recent weeks for the Olympics, according to the authorities.

“Although the number of infections is falling in Tokyo and Osaka (west), the general situation remains precarious,” Prime Minister Yoshihide Suga said Thursday. “We want to do our best” to prevent further deterioration, he added. “The general level (of infections) continues to be very high”, also underlined Friday the minister responsible for the management of the health crisis, Yasutoshi Nishimura. “In this situation we believe it is necessary to prolong the state of emergency.” This system currently concerns ten of the archipelago’s 47 departments, including those of Tokyo and its suburbs, Osaka and Kyoto (west).

It has nothing to do with the containment measures imposed elsewhere in the world, however, consisting mainly of imposing restrictions on bars and restaurants. The Japanese government is criticized for the slowness of its vaccination program and for its insistence on maintaining the Olympic Games (July 23-August 8), which will constitute a risk factor with the arrival of tens of thousands of athletes, officials and journalists from all over the world. On Wednesday, the Japanese newspaper Asahi, official partner of the Olympics and the second national daily newspaper in terms of circulation, called for the cancellation of the event, which it described as “a threat to health”.

No spectators from abroad

He denounced the “selfish nature” of the International Olympic Committee (IOC), whose Vice-President John Coates had declared last week that the Olympics would take place even if Tokyo were to remain in a state of emergency. Multiple opinion polls in recent months show a majority opposition of the Japanese population to the Olympics. Some leaders of large companies in the country have also expressed their hostility and new Japanese medical associations on Thursday added their voices to the anti-Olympics concert. In March, the organizers had decided to ban the arrival of spectators from abroad, a first in Olympic history. They are due in June on the presence of spectators residing in Japan and, if so, to what extent.

The vast majority of selected athletes around the world are eagerly preparing for the Olympics, although some have expressed reservations. World tennis number one Novak Djokovic said on Thursday he would reconsider his participation if the public were not allowed. US President Joe Biden was in favor of holding the Games in April and, on Thursday, the European Union supported the Olympics, “a symbol of global unity to defeat Covid-19”.

Japan relatively spared from the epidemic

Ursula von der Leyen, President of the European Commission, stressed that the authorization given by the EU to export more than 100 million doses of vaccines to Japan was “a strong sign of our support for the preparation of the Olympic Games and the security of these Games ”. Japan, the world’s third-largest economy, is lagging behind in its vaccination program: less than 2.5% of the national population has received two doses so far, due in particular to red tape.

The Japanese archipelago has however been relatively spared from the pandemic with some 12,500 officially recorded deaths since early 2020. And the number of new daily cases of infections in the country is currently around 4,500 on average over seven days. General elections are scheduled in Japan no later than October. The Prime Minister’s popularity has plummeted in recent months, but his conservative party, the Liberal Democratic Party (PLD), which has dominated Japanese political life for more than half a century, is hardly threatened for the Prime Minister. moment, the opposition appearing weak and divided, according to experts.