State of emergency extended in Japan, less than 80 days from Tokyo Games 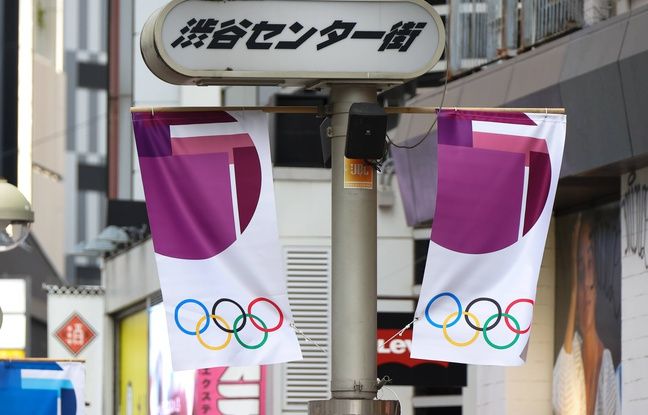 Will the Tokyo Olympics be called into question? With only 80 days of the event being held in the Japanese capital, the pandemic situation in Japan is not good. “The number of new cases of infections is high in large cities, and hospitals continue to be overwhelmed” in departments in the west of the country, Prime Minister Yoshihide Suga said.

As a result, the government announced that the state of emergency, reinstated at the end of April in four departments including Tokyo, would be extended until May 31. In addition to Tokyo, which is due to host the Olympic Games in less than 80 days now, and the three prefectures of Osaka, Kyoto and Hyogo (west), two other departments will join the state of emergency, those of Aichi ( center) and Fukuoka (southwest), added Yoshihide Suga.

Activated for the third time in the country in just over a year, the Japanese state of emergency provides for less severe restrictions than the strict lockdowns implemented elsewhere in the world. It consists above all in restricting the activity of certain physical businesses, in particular imposing the temporary closure of bars and restaurants serving alcohol, under penalty of a fine. However, some restrictions could be eased, according to local media, such as banning spectators for sporting events.

Japan is currently recording some 5,300 new cases of Covid-19 daily on a weekly average, for some 10,500 deaths since the start of 2020. The scale of the pandemic thus remains limited compared to other regions of the world, but the health crisis is exhausting the Japanese hospital system, especially as the vaccination campaign is progressing very slowly in the archipelago.

The new outbreak of infections also poses a threat to the Tokyo Olympics (July 23-August 8), postponed for one year in 2020 because of the pandemic. The Japanese government, the organizers of Tokyo-2020 and the International Olympic Committee (IOC) are working hard to ensure that the Olympics will take place “in complete safety”.

Spectators from abroad have already been excluded from the Olympics, and the organizers have yet to decide the question of the public residing in Japan. But the arrival of more than 10,000 athletes and delegations from some 200 countries continues to worry many Japanese, fearing that the event will further worsen the health situation in the country.

The Japanese opposed to the holding of the Olympics

A clear majority of Japanese are thus opposed to the holding of the Olympics this summer, wishing either a further postponement or a complete cancellation, according to all polls for several months. More than 210,000 people have already signed an online petition entitled “Cancel the Tokyo Olympics to protect our lives,” launched Wednesday by a media lawyer and former candidate for governor of Tokyo.

World athletics boss Sebastian Coe, who attended a reduced rehearsal of the Olympic marathon in Sapporo (northern Japan) on Wednesday, said on Friday he was aware of the “difficult times” facing Japan. “The safety of our athletes is also important to us, but also the safety of the local community,” he told reporters in Tokyo.

The health situation complicates the conduct of several Games test events, as well as that of the Olympic torch relay, which started at the end of March in Japan. Some runners give up participating, and many stages are organized behind closed doors by the local authorities.

Tokyo-2020 President Seiko Hashimoto said on Friday that IOC President Thomas Bach would be “welcome” if he came to Tokyo in May, while believing that it would be “difficult” to organize such a visit. due to the prolongation of the state of emergency.

Share
Facebook
Twitter
Pinterest
WhatsApp
Previous articleHow the Martinez and the other palaces got “back on track” after six months of closure
Next articleBut what is happening in Seychelles, which is experiencing a new wave despite vaccination?