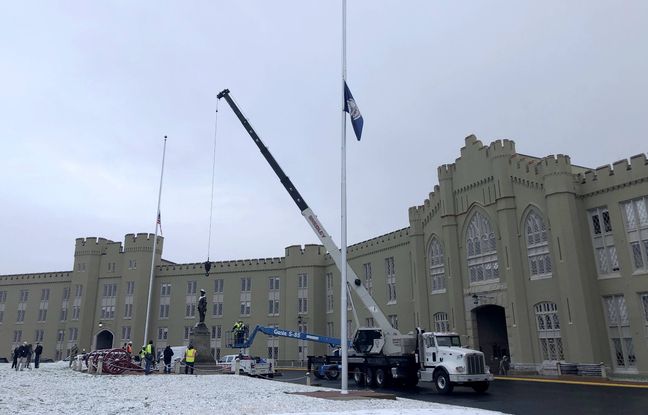 The Virginia Military Institute (VMI), a military school in Virginia (United States) on Monday removed the statue of a Confederate general present on its campus. This decision, taken at the start of the school year, follows accusations of racism against the establishment.

In October, the Washington Post denounced discrimination against black university students. The media described a “hostile and culturally insensitive atmosphere” and threats of lynching. A black student complained about a teacher evoking her father’s membership in the Ku Klux Klan during class.

The Virginia Military Institute has removed the statue of Confederate Gen. ‘Stonewall’ Jackson from its campus after allegations from Black cadets of racism at the school. https://t.co/pvHDA4gCkt pic.twitter.com/762CSjS0JF

Many changes within the institute

The newspaper reported “relentless racism” within the institute, whose students in the 1860s fought in the Civil War in the southern slave camp. This historic event was still celebrated in the university, with among other symbols the statue of Thomas Jonathan Jackson. The soldier, owner of slaves, was one of the most famous officers of the Confederate army.

The sculpture will be transferred to a museum dedicated to the Civil War. After the article of Washington Post, the institute also created an office of diversity and changed some of its traditions, such as the swearing-in of students organized on a battlefield.

In July, the head of the university, ex-General JH Binford Peay, said the statue would remain in its place. He was, however, forced to resign and temporarily replaced by another former African-American general. “The VMI is not defined by this statue,” said the official, the institute’s first black director. “This approach is therefore in the right direction. “