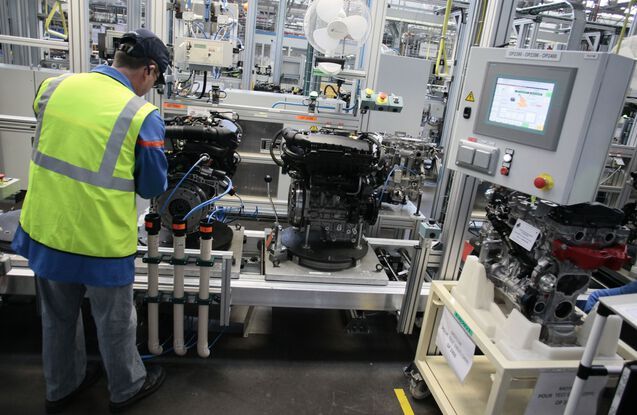 The Stellantis site of Douvrin in Pas-de-Calais, which was threatened according to the unions, will finally continue to operate. The automotive group will indeed produce a new engine there, announced the Minister of the Economy Bruno Le Maire and the Director General Carlos Tavares in a joint interview with the Figaro Wednesday.

Resulting from the merger of Peugeot-Citroën and Fiat-Chrysler, the group announced at the end of February the relocation to Hungary of a gasoline engine (EP) produced in Douvrin. At the same time, the company launched on this site the construction with Total, within the framework of a company called ACC, of ​​a battery factory for electric cars.

But beyond this production of batteries which will start in 2023, “we had decided that the future generation of the generation 3 EB gasoline engine will be on this site, which has co-built its performance with the social partners”, revealed Carlos Tavares at Figaro. Bruno Le Maire, in the same interview, hailed “excellent news for the site’s employees”. “I wanted the production of the Generation 3 EB engine to be located in Douvrin and for industrial jobs to be preserved in the region,” he added.

About 800 people marched Saturday to protest against the relocation to Hungary, synonymous with “programmed death” of the factory, according to unions. The site risked being out of production by 2025, and the battery plant would not absorb the jobs lost, they said. The news of the choice of Douvrin for a new engine had also been revealed Tuesday evening by the president of the Hauts-de-France region Xavier Bertrand.

“Very good news” for the CFTC

Laurent Dubois, secretary of the CFTC, the site’s first union, and deputy secretary of the CSE, was delighted with “very good news”. “This allows us to continue manufacturing heat engines for a few more years. We were afraid it would end too quickly, ”he said, hoping for“ a less brutal transition ”to ACC. “With relief”, the CFE-CGC also hailed a “socially responsible decision [qui] will help cushion the shock of the energy transition ”.

Carlos Tavares wanted to be reassuring, affirming that the movement towards electric cars represented “in reality a huge relocation of activity to France since it is electric motors, gearboxes, batteries which alone represent 35%. of the value of an automobile and that we will no longer import from Asia ”. Bruno Le Maire, for his part, defended the government’s strategy, ie “aid to industrialists in exchange for relocation commitments. This is what Stellantis does in Douvrin, Tremery or even Metz; Carlos Tavares keeps his commitments and I know he will continue to keep them ”.