Still “serious differences” on the agreement despite intensive discussions 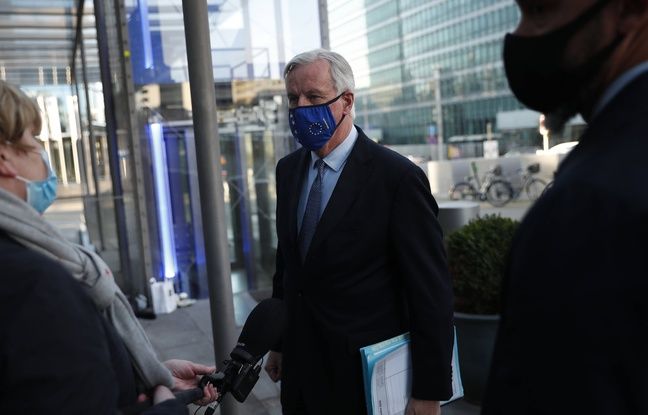 Two weeks of intensive negotiations between London and the European Union on the post-Brexit relationship failed to come close to an agreement, in particular on the sensitive issue of fisheries, reinforcing the threat of a “no deal”. With potentially devastating consequences.

“Despite the EU’s efforts to find solutions, very serious differences remain,” announced Wednesday evening in a tweet the European negotiator Michel Barnier. “Progress has been made, but I agree with Michel Barnier,” admitted a few minutes later his British counterpart, David Frost.

An agreement hoped for in mid-November

The negotiators draw up this negative assessment even though their teams have just spent two weeks negotiating without stopping with the hope of reaching an agreement before mid-November. This date is considered to be the limit beyond which a possible trade agreement cannot enter into force in time for January 1, 2021, when the United Kingdom, which officially left the EU on January 31, will cease to operate. ” apply European standards.

The two are due to speak again on Friday, before negotiations formally resume Sunday in the British capital, according to a diplomatic source.

According to Michel Barnier, the talks continue to stumble on three subjects: the access of Europeans to fish-rich British waters, the guarantees demanded in London in terms of competition, and the way of settling disputes in the future agreement.

“These are essential conditions for any economic partnership”, he insisted, adding that the EU was “ready for all scenarios”. Including that of a “no deal”, despite its potentially disastrous consequences for economies already deeply affected by the coronavirus.

The Frenchman drew up on Wednesday an alarming inventory of these discussions with member states, then representatives of the European Parliament. “I was amazed that he was so negative. After two weeks of negotiations, I expected more, ”said the diplomatic source, according to which Michel Barnier particularly regretted a“ lack of British will ”.

“The British must move”

“You can’t say it’s not moving forward, but it’s not enough. It is not known whether it will be possible to conclude in a week, or in fifteen days, summarized a European source. The British must move ”.

According to several sources, Michel Barnier informed the ambassadors of the member states that the two parties remained far from an agreement on fisheries, a particularly sensitive subject for some capitals, including Paris.

As regards the level playing field of the future agreement, London blocks on the will of the EU to be able to immediately institute measures to protect the European market and its companies if the United Kingdom deviates from its commitments, for example in matters labor or environmental law. The EU also intends to put in place a “robust” mechanism to settle disputes if one of the two parties does not respect the future agreement, particularly in the area of ​​competition.

A bill that goes back on the agreement

This “arbitration mechanism” has been considered essential by the Europeans since the government of Boris Johnson undermined the withdrawal treaty concluded with the EU, by presenting a bill partially going back on its commitments.

“We cannot leave on a basis of confidence with the British because they have ruined it with this decision”, explains the European source. The British bill calls in particular into question provisions intended to prevent the return of a border to the island of Ireland, a safeguard considered essential to the maintenance of peace.

The EU opened “infringement proceedings” against the UK in early October. But this action remains so far ignored by London.