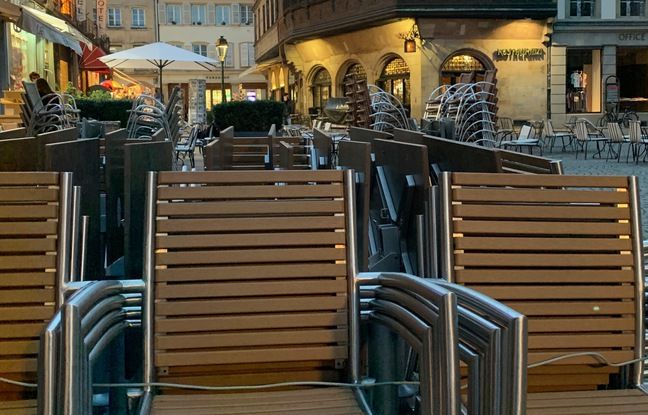 If the State aid measures for businesses and shops “are very substantial, recognizes Pia Ims, president of the Eurometropolis of Strasbourg. They are far from being able to cover part of the costs which still weigh on the balance sheet of many local traders and artisans. An observation shared with the CCI Alsace, also at the origin of the implementation of a number of measures announced Monday at a press conference.

Support measures that are in addition to those already taken during the first confinement. They will also be submitted during the next Eurometropolis council on Friday. “The closure of non-essential businesses is putting the local economy and employment to the test,” said the elected official. This also means difficulties for the upstream production chains. The logic of loans shows their limits, “adds the president of the Eurometropolis who wants to put in place” directly operational aid, because necessary. “Also, the idea of ​​the community is initially to cover part of the costs of closed companies by working on even more targeted devices,” says Pia Imbs.

Because the community has indeed already put its hand in its pocket by contributing to the support funds of the region and the department, thus helping a hundred associations and nearly 200 local businesses. Or even after having voted this summer an exceptional support of 100,000 euros to actors of the social and solidarity economy. Today the Eurometropolis wants to respond to a need for direct aid for local trade.

A support fund for merchant rents

A budget of two million euros is in sight. It will make it possible to allocate direct aid ranging from 30% to 50% of the amount of the last monthly rent, an amount which cannot however exceed 5,000 euros and which will be adjusted according to the number of files that will be presented. Note that the application must be submitted before December 15th. This concerns companies which have been the subject of an administrative closure or whose turnover has been strongly impacted by health measures. “It is a very important lever which largely concerns the whole of the tourism and trade sector, we are on a very operational system”, underlines Pia Imbs. This mechanism is complementary to the Regional Resistance Fund and the tax credit and which encourages private donors to cancel part of their rents.

Help to strengthen the equity capital of small businesses

The Eurometropolis will support, via the Strasbourg Initiative association and up to 200,000 euros, in the form of an honor loan, 50 to 60 very small local businesses. This loan of honor is between 3,000 euros and 15,000 euros per establishment. A “bonus” of 5,000 euros, always on loan of honor, will be awarded in the event of job creation but also to “encourage some entrepreneurs to adapt or transform their way of business management more environmentally friendly”, specifies the Eurometropolis.

The launch of the BeeLive device

In order to support the digitization of tourism and events players, the Eurometropolis will pilot this system as part of the management of a budget of 500,000 euros via the European Regional Development Fund (ERDF). The call will be published shortly. Its objective is to boost “the recovery and stimulate innovation in the tourism and events sector, and to interact with the creative and digital economy sector. “

Finally, carried by the CCI and the Eurometropolis, a campaign to encourage “local consumption, directly, as online”, will be launched. A campaign that will highlight the shoppingurmazone.alsace platform, and which centralizes the offer of everything available in Alsace. In the longer term, a real local Marketplace will be created.