Students, researchers, academics in the sights of the authorities 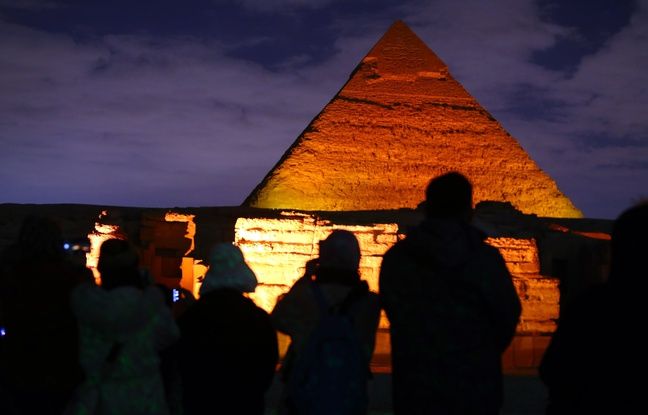 Waleed Salem was doing a thesis on the links between justice and political conflict when he was imprisoned for several months in Egypt, as were other students and researchers worried about their work under President Abdel Fattah al-Sisi, head of ‘an authoritarian regime.

In May, he made a second attempt to reach Seattle (northwestern United States), where his 13-year-old daughter lives, but authorities confiscated his passport and he missed the plane. “I went there knowing that I could be turned away (…) I was optimistic but without certainty. I did not do anything wrong so I did not have to be worried”, told AFP the one who s. he has studied the intervention of the courts in political conflicts in Egypt and Pakistan since the 1950s.

The death of an Italian researcher had shocked in 2016

In May 2018, Waleed Salem was arrested, then accused in particular of having “joined a terrorist group”. “I was asked about the intricacies of my thesis. Who was my supervisor? What were the chapter titles? Who had I met?” He said, adding that he had been accused of saying that “justice is politicized”.

He spent six months in prison before being released under judicial supervision in December 2018. “I do not accept the indescribable cruelty that has prevented me from seeing my daughter for more than three years, for no reason,” laments he does. In 2016, the case of the young Italian researcher Giulio Regeni found dead in Cairo, the mutilated body, had created unease in the research community in Egypt. Attached to the University of Cambridge, he worked on unions, a very sensitive subject in Egypt.

Next October, four Egyptian police officers implicated in the murder of the student will be tried in absentia in Italy, because of Cairo’s refusal to implicate the four men of the National Security. “In a country where the security services want to control public debate, academics who contradict the official discourse can quickly find themselves on the target list,” explains Ilyas Saliba, researcher at the Berlin think tank Global Public Policy Institute.

During the three decades of reign of the autocrat Hosni Mubarak (1981-2011), freedoms were restricted for intellectuals, but they have further diminished since the rise to power of Abdel Fattah al-Sisi in 2014. According to the ranking of academic freedoms in the world established by the Academic Freedom index (AFi), Egypt occupies the last ranks alongside countries such as Saudi Arabia, Turkey and China.

Ilyas Saliba, who participated in the establishment of the last AFi in 2020, adds that “legislative and regulatory changes” have strengthened “political control” and led to a “deterioration (…) of the freedom to teach and to seek” in Egypt. Among the measures taken is a 2015 presidential decree stipulating that university professors can be fired if they are involved in political activities.

Since 2014, the authorities have led a ruthless crackdown against academics, but also journalists, artists, lawyers and trade unionists and other political activists. Hundreds of students and academics were arrested in 2013 for their Islamist ideas. Today, around a dozen researchers are in prison for their work, according to the Association for Freedom of Thought and Expression (AFTE).

Thousands of signatures in Italy

Patrick Zaki was arrested in February 2020 on his return from Italy, where he was studying gender issues at the University of Bologna. “I asked him to come because I missed him. (…) I just wanted to see him for a few days. I blame myself,” Patrick Zaki’s mother, Hala Sobhy, told AFP.

A petition collected thousands of signatures in Italy for his release and in April the Senate voted to grant him Italian nationality. Still in detention, he is accused of “harming national security” and “inciting the overthrow of the state”.

The case of Ahmed Samir, a master’s student at Central European University in Vienna, is similar to that of Patrick Zaki. Arrested in February during a visit to Egypt, he is accused of “spreading false information”. Other researchers based in Egypt were targeted, including Kholoud Amer, head of the translation service at the Library of Alexandria, and Shaima Sami, Cairo researcher at the Arab Network for Human Rights Information (ANHRI).