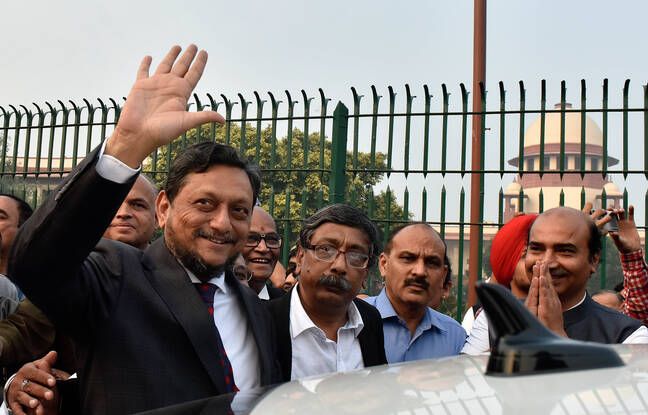 More than five thousand people demand the resignation of the president of the Supreme Court of India for proposing, during a hearing, to a suspected rapist to marry his underage victim to avoid jail, according to human rights activists. women this Wednesday. Judge Sharad Arvind Bobde was considering a bail application on Monday from a government technician accused of raping a schoolgirl when he told the suspect: “If you want to marry her, we can help you. Otherwise, you lose your job and go to jail ”.

The proposal immediately sparked an outcry among women’s rights defenders who wrote an open letter calling for the resignation of Judge Bobde, signed by more than 5,200 people, said women’s rights defender Vani Subramanian. “By suggesting that this rapist marry the victim-survivor, you, the Chief Justice of India, sought to condemn (her) to a life of rape by handing her over to the executioner who drove her to try to end to his days, ”reads the open letter to Judge Bobde.

Also a question about marital rape

India’s record of sexual violence has received increased international attention since the gang rape of a student, also tortured, on a Delhi bus in 2012 who died of her injuries. The affair had generated a wave of protests across the country and aroused great excitement around the world. Victims of sexual assault are routinely subjected to sexist treatment by the country’s police and courts, who are quick to encourage them to marry their attackers as part of so-called compromise solutions.

The open letter also mentions another hearing on the same day for a marital rape case, in which Judge Bobde asked whether this qualification was admissible within marriage: “The husband may be a brutal man, but can you qualify as rape the act of sexual relations between a man and a woman legally married? “This comment not only authorizes any form of sexual, physical and mental violence on the part of the husband, but it also normalizes the torture that Indian women have suffered for years in the course of their marriage without any legal recourse,” the said. letter.

Marital rape is not recognized as a crime in India. Judge Bobde did not respond to the authors of this letter. His predecessor, Ranjan Gogoi, was the most prominent Indian figure to come across brutally into the #MeToo movement after being accused of sexual assault by a former staff member. He was cleared in 2019 by an internal investigation, sparking protests in the country.