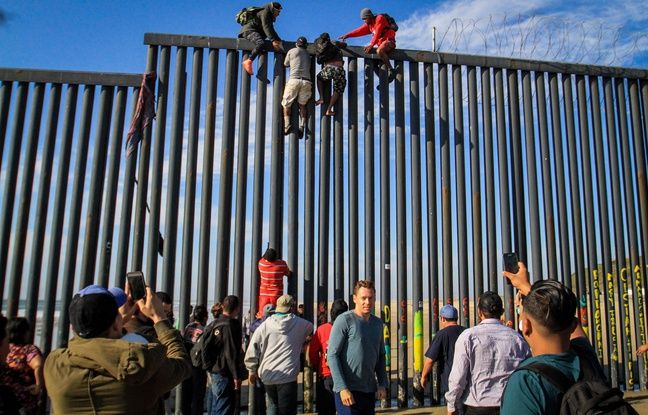 A Mexican national, suspected of organizing the smuggling of migrants to the United States, was indicted in California after the death of thirteen people in early March in the collision between a heavy truck and an overloaded vehicle, authorities announced on Tuesday American. Jose Cruz Noguez had permanent resident status in the United States and was arrested on Monday evening, while crossing the border between Mexico and the United States, the federal prosecutor for California said in a statement. South.

In addition to belonging to a network of smugglers, he is notably accused of being responsible for the accident which claimed the lives of thirteen Mexican and Guatemalan migrants on March 2 in Holtville, near the border. The victims were traveling in a Ford Expedition SUV designed to carry only eight to nine people, but a total of 25 people were in the vehicle, all of the rear seats removed.

A breach in the fence

Twelve people, including the driver, were killed in the impact with a semi-trailer, and a thirteenth a little later after being taken to hospital. All had entered the United States illegally through a breach in the fence separating the two countries. The driver of the truck was injured in the accident.

“These networks of traffickers seek the maximum profit by passing as many people as possible across the border, without any regard for their safety and well-being,” the prosecutor said indignantly in the statement. acting. “To cram dozens of people into vehicles designed for eight and drive openly to avoid being spotted shows complete disregard for human life. We will find and prosecute the traffickers who use these methods, ”he continued.

He would have recognized his involvement

Jose Cruz Noguez was reported to US authorities by one of his suspected accomplices, a Mexican illegally staying on US soil, who claims the suspect asked him to get behind the wheel of the SUV on the fateful day. Jose Cruz Noguez allegedly offered him $ 1,000 per passenger, but the whistleblower claims to have refused.

According to the prosecutor’s office, a conversation between the two men was recorded. Jose Cruz Noguez recognizes his involvement in the drama of March 2.