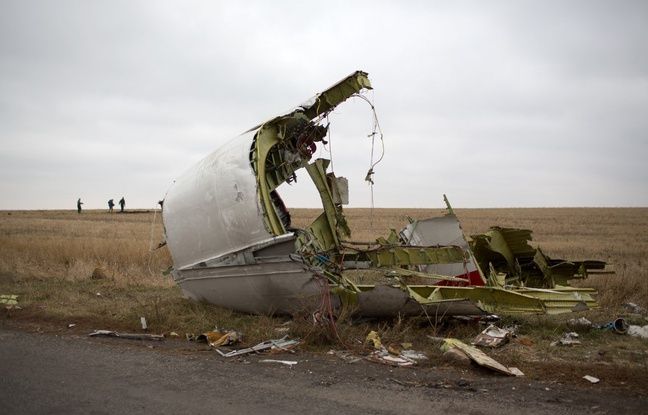 According to intercepted telephone conversations, the men suspected of having shot down flight MH17 organized the dispatch of an anti-aircraft battery from the Russian border in eastern Ukraine on the day of the tragedy, July 17, 2014, did know the Dutch judges who listened to these recordings this Wednesday during the trial.

The Boeing 777, which left Amsterdam for Kuala Lumpur, was shot down over the area of ​​armed conflict with pro-Russian separatists in eastern Ukraine, resulting in the deaths of 298 people in edge.

The Russians Sergei Dubinsky, Igor Guirkin and Oleg Poulatov, and the Ukrainian Leonid Khartchenko – four high-ranking pro-Russian separatists from eastern Ukraine – are accused of having participated in the launch of the missile that shot down the plane. They are tried in absentia. In an intercepted telephone exchange, broadcast at Schiphol court on Wednesday, suspect Oleg Poulatov told Sergei Dubinsky – called “colonel” in the investigation – that he needs “long-range artillery” in the east. Ukraine, after suffering heavy losses in an air attack.

During a call dating from the morning of the drama, also broadcast in court, Dubinsky announces to Poulatov that the “BUK will be brought to him” by Leonid Khartchenko and that he will have to “be placed near Pervomaiskyi” (in the east of Ukraine). According to the investigation, the suspect refers to an anti-aircraft battery “BUK-TELAR” which on the night of July 16 to 17 “crossed the Russian border and was transported to Donetsk”, stated a magistrate.

The “main” scenario of the survey

The court – which has yet to deliver a judgment – also examined on Wednesday the elements of the investigation according to which a convoy comprising the semi-trailer carrying the anti-aircraft battery BUK then went near Pervomaiskyi. The international team of investigators, led by the Netherlands, established in 2018 that the plane was shot down by a BUK missile from the 53rd Russian anti-aircraft brigade based in Kursk (southwest).

The Dutch judges had examined Tuesday the elements according to which flight MH17 had been shot down by a BUK missile in eastern Ukraine – which constitutes the “main” scenario of the investigation. The trial of four suspects must bring “clarity” for the relatives of the victims, said judge Hendrik Steenhuis at the opening Monday of this crucial stage of the procedure, which continues Thursday.