Suspension of Donald Trump, disinformation … Facebook faced with its responsibilities by its supervisory board 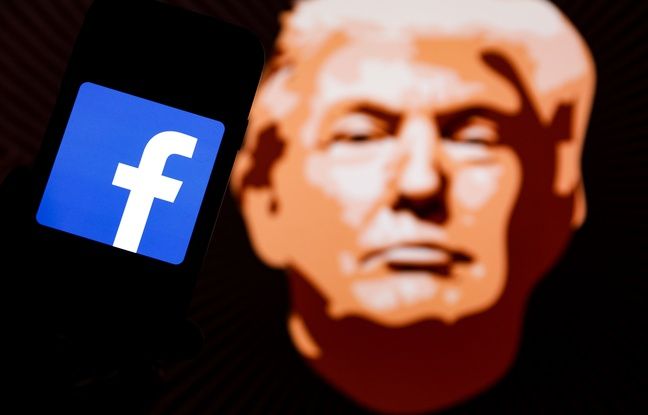 The decision is not without a certain irony. While Facebook has spent $ 130 million to create a relatively independent body responsible for deciding the most sensitive questions of moderation, the supervisory board of the social network has passed the ball Donald Trump to Mark Zuckerberg. Because if the wise men confirmed, Wednesday, the suspension of the former president for having “encouraged and legitimized violence” during the attack on the Capitol, it is only a temporary decision. Facebook will have to decide on the substance within six months, but also consider its share of responsibility in the spread of disinformation related to the election before January 6.

For the council, despite freedom of expression, suspending Donald Trump after the riots on January 6 was “the right decision”. By calling on his supporters to return home while talking about “a stolen election” in a video broadcast several hours after the start of the attack, then calling them “great patriots” and telling them “We love you, you ‘re very special, “the former US president” encouraged and legitimized violence; a suspension was necessary to preserve public safety ”, write the wise men.

What gets stuck is that Facebook then suspended it indefinitely, a sanction that does not exist in its charter. A decision taken “without any criteria being able to be examined by users or external observers”. The council gives Facebook six months to re-examine the file and choose between three options: a suspension for a limited time, by justifying it, a return to the network or its outright eviction, by deleting his account. Clearly, Mark Zuckerberg will have to take his responsibilities.

Examination of conscience around the election

If the decision on Donald Trump is binding, the council also sent its recommendations to Facebook. In particular to carry out a “complete evaluation of its potential contributions to the narrative thread of the so-called electoral fraud and in the exacerbation of the tensions which culminated in the violence of January 6”. Facebook notably let “Stop the steal” groups proliferate and Donald Trump meet with his supporters by promising them that it would be “wild” (“crazy”).

Reflect on the moderation of heads of state

The council does not recommend moderating the accounts of heads of state with different rules. But “influential users followed by large audiences may further contribute to the risk of violence,” the report said. Who notes that Donald Trump has slipped several times without being sanctioned, especially during anti-racist demonstrations, by writing “when the looting begins, the shooting begins”. In the event of imminent danger, Facebook must suspend an account, and in the event of recurrence, do not hesitate to “delete a page”. The message got through.