Swedish government wants to be able to decide on restrictive measures 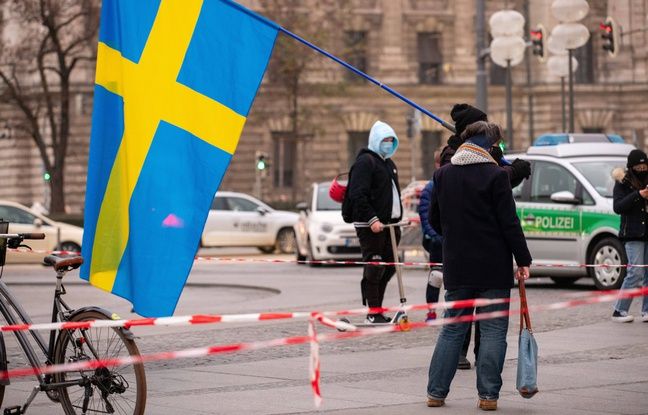 Better late than never, it seems. The Swedish government presented a bill on Monday giving it temporary new powers to fight the Covid-19 pandemic and which it wants to apply from January.

The government, which had mainly relied on simple recommendations until now, explained that this new law will allow it to enact restrictive coercive measures in targeted areas and impose sanctions in the event of non-compliance.

It may decide to close stores, shopping centers or public transport, or even limit the number of people allowed to gather in certain specific public places rather than resorting to general measures. “Those who violate the restrictions limiting access to public places may be fined,” according to the project, Health Minister Lena Hallengren explained at a press conference.

The government added that it wanted the law to come into force by January 10, but it would have to be approved by parliament first. The government’s initial plan was for the text to enter into force in mid-March, but the Swedish executive had said it was now targeting January.

A lax strategy much criticized

Since the start of the pandemic, Sweden has adopted an atypical and controversial strategy, ruling out any containment or coercive measure. But faced with the rise in cases and deaths since the fall, he toughened his tone in mid-November, in particular limiting the gauge to eight people for public events.

The country recommended on December 18 for the first time the wearing of a mask in public transport, at the same time adopting new restrictions such as the introduction of gauges in shops and the limitation of tables to four people maximum in restaurants, against eight up to ‘so. Distance education in high schools has been extended until January 24.

Health officials insist on the need to adopt measures bearable over a long period, believing that the fight against the pandemic is “a marathon, not a sprint”. Sweden has no law allowing the government to restrict freedom of movement in peacetime, for example by deciding population containment measures.

Despite the announcement of this bill after the recent additional restrictions, Prime Minister Stefan Löfven assured just before Christmas on public television SVT that Sweden has not changed its strategy. “It’s exactly the same strategy: to make sure you limit the spread of infection as much as possible,” he said. Sweden, a country of some 10.3 million inhabitants, has recorded a total of 396,048 cases of coronavirus with 8,279 deaths, according to the latest figures announced on December 23.