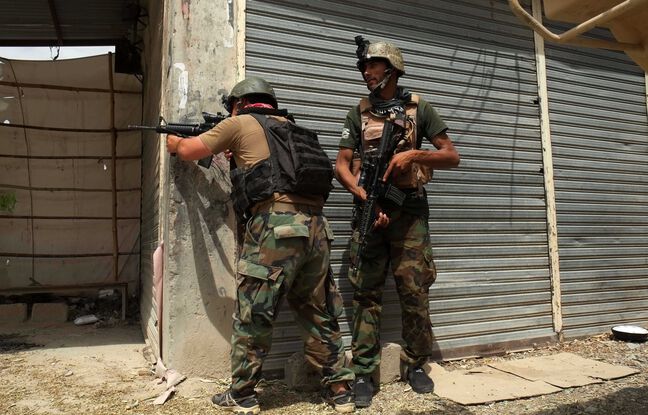 Taliban attacks on the Afghan government have increased sharply since the signing in February 2020 of the agreement between the United States and the insurgents that led to the withdrawal of foreign forces from the country, according to an official American report released on Thursday.

The “attacks initiated by the enemy”, attributed mainly to the Taliban, rose from 9,651 at the end of 2019 to 13,242 at the end of 2020 (+ 37%), indicates the Office of the Special Inspector General for the Reconstruction of Afghanistan (Sigar, which depends on Congress), drawing on data from the NATO mission in Afghanistan. This is the first time since December 2019 that the latter has published detailed figures of these attacks.

Between March 1 and May 31, the date of the latest data collected by the NATO mission in Afghanistan, Resolute Support, before the withdrawal of most of the coalition forces, 10,383 attacks were recorded, of which 3,268 were been fatal, according to the Sigar’s office.

At the request of the government in Kabul, the Inspector General does not publish the number of casualties of the Afghan army, whose strength amounts to some 300,000 men and women. According to the NATO mission, violence against civilians reached new records in April and May, with 705 civilians killed and 1,330 injured. This is almost as much as the previous three months combined.

Trend “unfavorable to the Afghan government”

Resolute Support attributes 93% of civilian casualties in recent months to anti-government forces (40% to the Taliban, 38% to unidentified insurgents, 14% to the Islamic State group and less than 1% to the Haqqani network close to the Taliban), this report said. .

The report notes that the Taliban have taken control of a large number of districts in the rural areas, although they do not control the big cities. “The overall trend is clearly against the Afghan government, which could face an existential crisis if it does not reverse it,” Inspector General John Sopko noted in the report.

Towards a return to power?

“What is most disturbing is the speed and ease with which the Taliban have apparently taken control of districts in the north of the country, a former stronghold of opposition to the Taliban,” he added.

The recent lightning advance of the Taliban raises fears that they will seize power again, 20 years after being ousted from it at the end of 2001 by an international coalition led by the United States, after their refusal to hand over the leader of Al -Qaïda Osama bin Laden in the wake of the September 11 attacks.

Sunday in Kabul, the head of US operations in Afghanistan, General Kenneth McKenzie, warned that the United States will continue its air strikes against the Taliban, if they continue their offensive.

Lille supporters under close surveillance for the derby against Lens