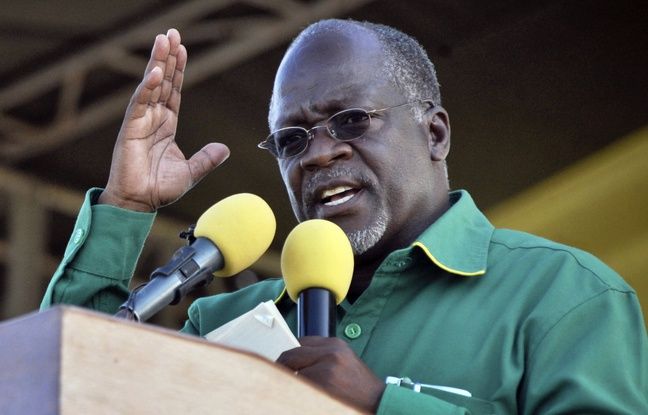 He had mysteriously disappeared from the public eye at the end of February. Tanzanian President John Magufuli, alias “the Bulldozzer”, officially died Wednesday of heart problems, after more than five years at the head of this East African state and a worrying drift towards authoritarianism according to his critics.

Reelected last October for a second term, 61-year-old John Magufuli last appeared in public more than two weeks ago, on February 27, and lingering rumors were circulating about his state of health. “It is with great regret that I inform you that today, March 17, 2021, at 6:00 p.m., we have lost our courageous leader, the President of Tanzania, John Pombe Magufuli,” the deputy told television. -President Samia Suluhu Hassan. She said the president had suffered from heart problems for 10 years. According to the Tanzanian constitution, Samia Suluhu Hassan will become the first president in the history of the country and will consult the ruling party, the CCM, in order to appoint a new vice-president.

John Magufuli was first admitted on March 6 to the Jakaya Kikwete Heart Institute in Dar es Salaam, but was released the next day. On March 14, he felt ill again and was admitted to Emilio Mzena Hospital, a government facility, she added. “The organization of the funeral is underway […] Our country will be in mourning for a period of 14 days and the flags will be at half mast, ”said Samia Hassan.

Nicknamed the “Bulldozer”, Magufuli came to power in 2015 promising to fight endemic corruption that infuriates the population. According to many human rights organizations, his first term was also marked by an authoritarian drift, repeated attacks on the opposition and the decline in fundamental freedoms. His re-election in October, in a context of strong repression, had been rejected by the opposition, which was crying out for fraud, which some diplomats suited.

“Released” from the Covid

Hailed by his supporters for his infrastructure projects or for the renegotiation of mining contracts, the president made an impression in 2020, by quickly denying the existence of the coronavirus in Tanzania. This fervent Catholic had affirmed that his country was “liberated” from it thanks to prayers.

To mock the acuteness of the tests, Magufuli had affirmed in mid-2020 that a papaya, a quail or even a goat had tested positive for Covid-19. But this posture became difficult to maintain when in February Tanzania experienced a wave of deaths, officially attributed to pneumonia.

Leading figures were affected, including the vice-president of the Zanzibar archipelago, Seif Sharif Hamad, who died, forcing the leader to admit, half-word, the presence of the virus in the territory.

For more than a week, the Tanzanian opposition had been worried about the unexplained absence of the head of state. Opposition leader Tundu Lissu, in exile in Belgium, had begun to question himself like others, saying he had a severe form of Covid-19.