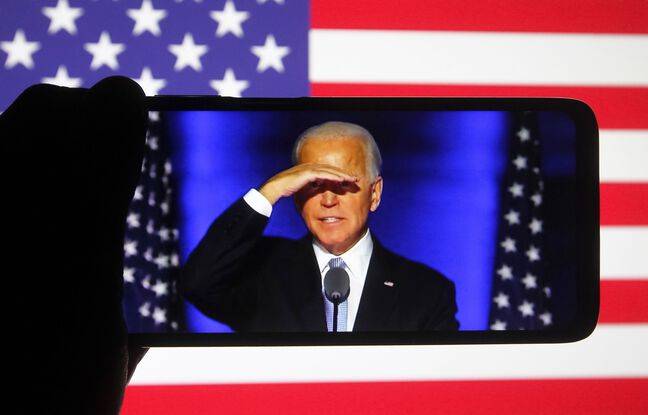 And now, to work. The new President of the United States, Joe Biden, will not enter the White House until the end of January, but he is already preparing his first days in power with his transition team. In addition to the famous appointments to key positions, the economic responses he plans to bring to the Covid-19 crisis will obviously be closely scrutinized by the Americans, and even beyond, given the global economic power of the States- United.

20 Minutes reviews the main measures already announced by the former Democratic candidate, some of which will depend on Congress.

The emergency: A recovery program of 700 billion euros in the face of Covid-19

In July, Joe Biden presented his plan titled ” Build Back Better (Rebuild better). Very ambitious, it plans to recreate the 18 million jobs lost due to the coronavirus crisis, to which would be added 5 million new jobs. For this, a massive investment plan of 400 billion dollars will be put in place, “to buy products and equipment that our country needs to modernize infrastructure, replenish our stocks and improve our security,” explained Joe Biden.

300 billion euros will be spent more on research and development, as well as on technological innovations. The new president pledged that this money will go primarily to national companies: “it will be used to buy American products and support American jobs.”

Taxation and health: Tax increase for the richest and relaunch of Obamacare

Joe Biden intends to mark his territory by canceling a large part of the tax cuts granted by Donald Trump to the wealthy, namely those with taxable income above $ 400,000 per year. According to a study byAmerican Enterprise Institute, “Biden’s program will increase taxation for the wealthiest 5% of households, and reduce taxes for the remaining 95%”. The future president also plans to increase taxes on companies, by raising the corporate tax (from 21 to 28%), and by raising the levies on profits made abroad by American companies. This last point is clearly intended to encourage them to relocate jobs to the United States.

On the purchasing power side, Joe Biden has planned to raise the federal minimum wage, stuck at 7.25 dollars an hour (6.20 euros / h) for eleven years. The latter would increase to 15 dollars (12.6 euros), an amount higher than the French gross minimum wage (10.15 euros / h). According to an analysis carried out by the Congressional Budget Office (a federal agency), the measure would increase the pay of 27.3 million employees.

Finally, concerning health, Joe Biden reaffirmed his support for theAffordable Care Act (ACA), or ‘ Obamacare », Which Donald Trump wanted to see disappear. Joe Biden wants almost all of the 27 million Americans who do not yet have health coverage to be able to insure during his tenure. But this promise could be called into question: the Supreme Court of the United States, which leans towards the conservative side, could challenge Obamacare. A hearing is also scheduled for Tuesday.

Donald Trump was particularly virulent on the international scene, with mixed results. The trade deficit (when imports are greater than exports) widened under his presidency. The one with China, its preferred target, has certainly fallen, but imports from Canada and Mexico have soared. In addition, the increases in customs duties have “protected American producers”, according to Gianluca Orefice, professor at Paris-Dauphine University quoted by AFP. But they have also “increased production costs” in industry.

“Biden will normalize trade relations, particularly with the European Union,” said Mark Zandi, chief economist for Moody’s Analytics, in an interview with The gallery. The United States should thus cancel its procedure for withdrawing from the World Trade Organization (WTO), initiated by Donald Trump last July. However, Joe Biden has not yet spoken clearly on the end of the tariffs imposed on the EU since 2018 on steel and aluminum, nor on the future trade relationship with China.

“Joe Biden remains in the American spirit: he is there to serve the interests of his country, even if it is in a less vehement way than Trump,” indicates Didier Saint-Georges, member of the strategic investment committee at Carmignac . The second thing is that it must reflect the country’s majority opinion: with regard to China, the consensus is severe. We must therefore expect changes in form, not substance. On Europe, the American attitude is more favorable, and Joe Biden will be more tempted to ally with the EU in his confrontation with China ”.

A majority to find

To be able to apply this ambitious program, Joe Biden will have to deal with Congress. However, the latter could be divided, with a narrow Democratic majority in the House on one side, and Republicans possibly in the Senate majority on the other. The suspense will not end immediately, since the two special elections which will determine which party will have control of the Senate are scheduled… on January 5, two weeks before the induction of Joe Biden.

“Pushing through spending or tax rate hikes will require Senate approval. If he is a Republican, it will be very difficult, recalls Didier Saint-Georges. And even if the Democrats won the majority, it would be very thin, with the risk that some will refuse to vote large spending hikes. The most ambitious part of Joe Biden’s economic program therefore risks being postponed in two years, after the partial renewal of the Senate ”.